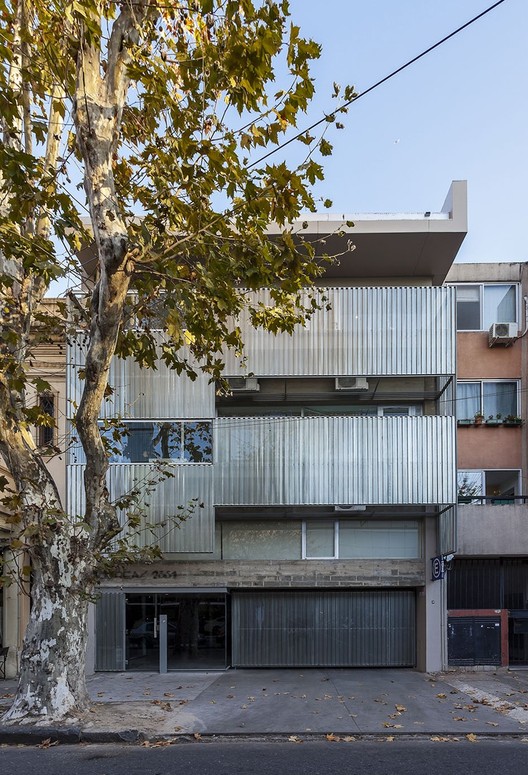 Text description provided by the architects. Pichincha Neighborhood is a low-density area of Rosario, in full development and exceptionally located. This urban site is under a master plan (named after the neighborhood), which in order to preserve its heritage and urban scale restricts the maximum heights of new buildings. Asa consequence, apartment building construction is restricted and the existing buildings are started to be rented for other uses pursuant to the new regulations.

The proliferation of dining venues and nightclubs immediately changes the neighborhood appearance and gives it a particularly heterogeneous character as well as an uncertain future.

In this context, an abandoned structure on a garage in use is to be transformed into a rental apartment house with the aim of obtaining the highest revenue possible from an existing construction with a low budget investment. Having in mind the prevailing uncertainty and heterogeneity of these surroundings, we propose an ambiguous and flexible building, taking advantage of the possibilities that the open-plan of the existing structure offers.

The scheme basement-development-finishing is conformed by adding a mezzanine floor and a metallic casing, making the best use of the existing structure and taking full advantage of the space and height allowed by the zoning plan.

The old building of 8.66 m x 25 m was composed of five structural modules parallel to the street.  Due to the existence of major beams there were no columns within the lot.

The central module is deconstructed and chosen to contain the vertical circulation and a court yard which organizes the area, ventilates and gives light to the units and common areas. The building comprises now two units per floor in direct relation to the central court yard. The service spaces as well as installations in each unit are strategically located allowing, by simple operations, different uses of the same space. The open-plan is originally proposed to house offices, but they can be transformed into one or two bedroom apartments adding one or two walls and a door if required by changes in the economic situation.

The hybrid character of the building is reflected in the façade:  Reinterpreting the building regulations, it reassembles a "box" which is deconstructed through some movements in every direction. Such movements, from inside the units, generate different interior and exterior relationships, allowing each sector to create its own particularity.

The use of the folded sheet forming the enclosure is the continuity of the new vertical metallic casing and is perforated to create an internal / external duality.

A limited variety of construction materials was used: glass, concrete and metal, all of them exposing on the facade and the common areas, in order to produce a formal material dialogue appealing to the lighting and the spatial quality as an added value to the building. 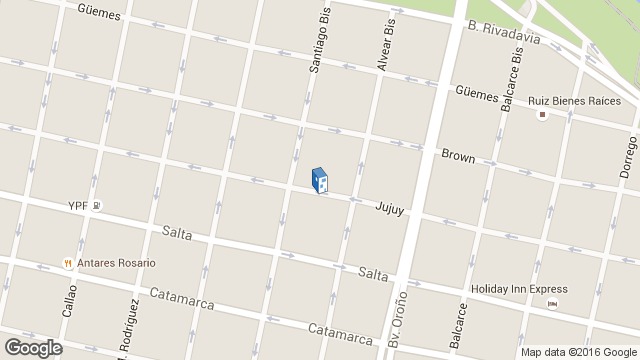