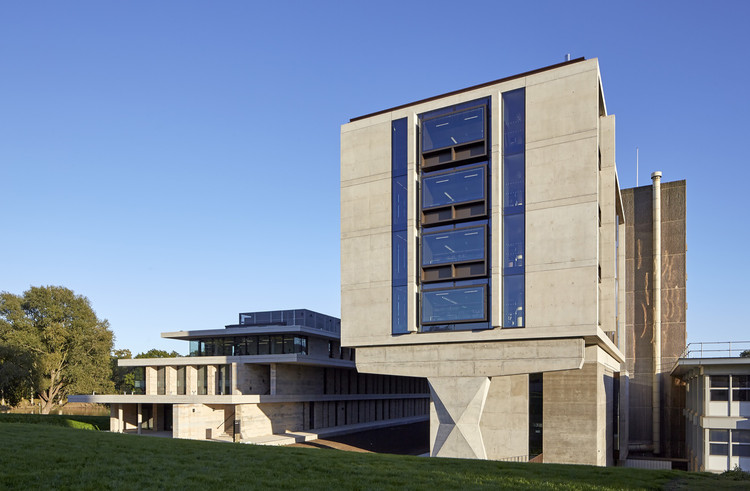 Text description provided by the architects. Architects Patel Taylor have completed two new buildings at the Essex University campus, a new wing to the Albert Sloman Library and the new Silberrad Student Centre. These two projects have been carefully designed and located as a continuation of the original 1960s utopian masterplan for the university by Architects Cooperative Partnership. Using high quality materials and a calm rational aesthetic, these buildings will set a new standard for student facilities across the campus.

The brief received by the architects was for a building that would complement the library and provide 24-hour student services, with integrated media and learning centres. However, Patel Taylor opted to split the purposes of the Library and Student Centre into two separate buildings, creating a landscaped space between, allowing each new building to have its own identity.

The buildings create a natural gateway, framing the east- west axis to the northern edge of the campus. Having previously worked on the Ivor Crewe Lecture Theatre, Patel Taylor were well versed with the complexities of the campus and in tune with how the buildings should be sensitively integrated into the the existing scheme.

The new addition to the Albert Sloman Library makes very deliberate architectural references to the existing building, picking up on the dominant structure of the two storey columns and the four storeys of accommodation cantilevered above. The new wing connects to the existing Library across the 1963 core, utilising the breakout panels originally designed into the building and capitalising on the main circulation hub with its rare Paternoster lift.

Named for a prominent family active throughout the University’s 50 year history, the Silberrad Student Centre rests on a deck of stone at the edge of a lake. Three oversailing layers of horizontal trays cast from in-situ concrete create a strong sense of perspective against the rhythm of the Library columns. A syncopated rhythm of limestone piers and full height glazing echoes the irregular window patterns used extensively across the campus.

The Centre is approached primarily from the South and East. At the junction of the two key routes across the campus, a new outdoor room is created below the cantilevered second floor slab, propped up on an irregular ‘forest’ of slender columns.

Moving into the building, the new visitor reception leads to a three-storey atrium. A sculptural steel and oak staircase cantilevers into the space; its smooth rounded forms a contrast to the texture of the boardmarked concrete backdrop. The staircase was prefabricated in parts by Belfast shipbuilders and erected on site, becoming an integral part of the structure of the building itself.

Andrew Taylor, Director of Patel Taylor said: “The university have shown great vision and ambition for the future development of the campus and we have ensured that the library and student centre live up to these ideals. The original 60s plan placed student life at its heart and we’re now bringing this into the 21st century.”

The Library and Student Centre are the two most recent additions to the university as it goes through a major overhaul. In the future, other services and accommodation will be upgraded to the new standard set by Patel Taylor. 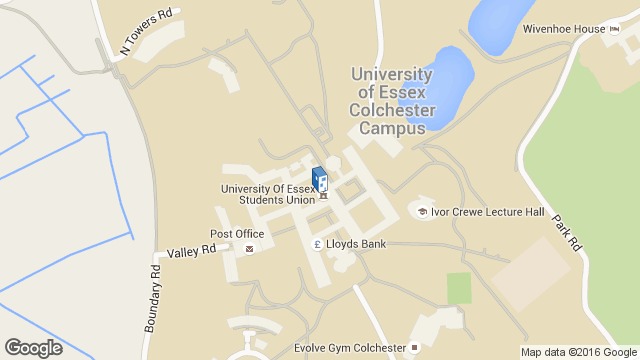 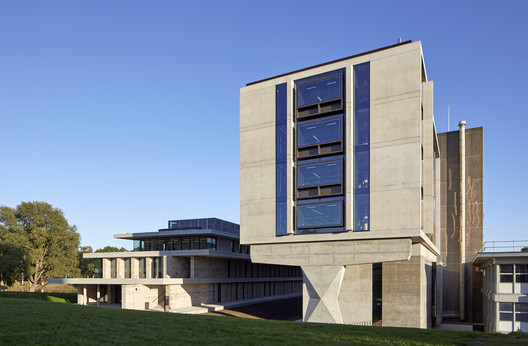