Art director and motion designer Sergej Hein has created an animated parody on the monotony of Soviet high-rise housing in Berlin.

"The idea is based on a kind of parody of the former Socialist building style. They used to build whole cities where each house was designed identically to create cheap housing for workers. These ‘blocks’ were so similar that in Soviet times, you could easily wake up at a friends place in another city and still feel like you are in your flat. Even the furniture was the same," says Hein. 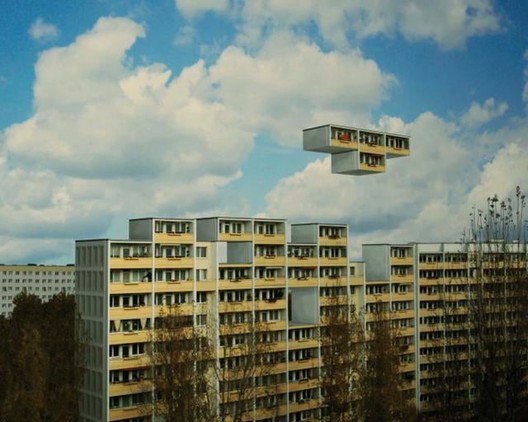