Save
Residential Building in Via Bellincione / DAP Studio 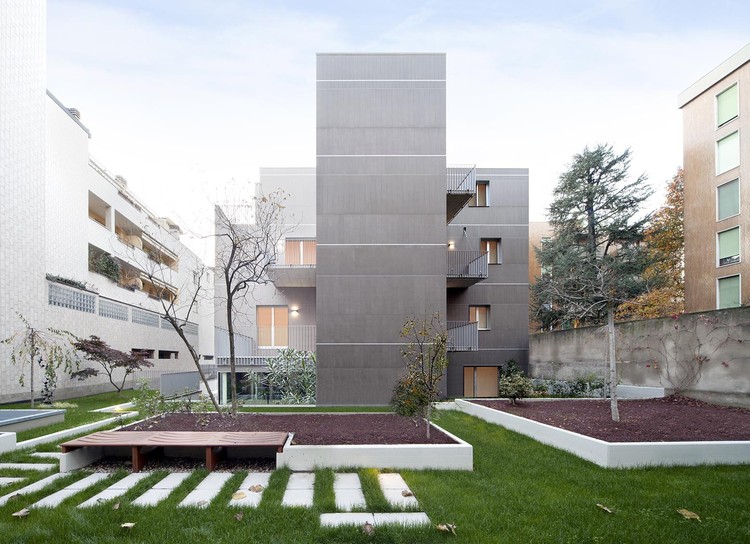 At the beginning of 1910, in the area next to Rottole and Lambrate, the Miralago was built and conceived as a place of leisure with a restaurant, a dance hall, a pub, a boat rental and a solarium overlooking a body of water. The basin, which was drained in the 50s, was probably a former quarry located on the south side of Piazza Udine. The lands were property of the Ingegnoli family , nurserymen that moved their main nursery to Cascina Melghera at the end of '800, between Via Feltre and via Crescenzago.

Along the present via Bellincione next to the country house of the family was built a single-family residential building that is the original core of our project. Later, the country house was demolished and the residential building was enlarged but it kept those typological traits that, somehow, reminded its origins. In the following years the building and its garden have been gradually surrounded by the growing city.

When Luigi asked us to renovate his family house we were surprised. Being friends since childhood, we knew how strongly he and his family took care of their home over the years: to turn it into a residence seemed to us a sort of lack of respect for their past. Together we reflected about the transformation of the building in order to adapt it to a new way of living and, at the same time, to a built landscape that, in the meantime, has deeply changed. The result of these reflections may be summarized by few key words: Transforming, Regenerating, Adapting.

The building is included in a trapezoidal lot with the shorter side facing on the current Via Bellincione. Even if the garden is surrounded by the high apartments buildings typical of the suburban landscape, the house is protected by lush vegetation that provides a great intimacy. Originally the three floors above ground of the house were linked by external stairs: the garage and laundry room were on the ground floor, the residence were on the first and second floors and the attic was on the third one.

A series of porches, terraces and balconies added over the years have transformed the original building by helping to strengthen further the contrast of both style and scale with the architectural context. The transformation process is carried out in two directions, the most obvious was to remove all the addition made to the building to bring it back to its original rigour and, at the same time, to make it complying with the new requirements of the owners. The second change was made to the garden, which, thanks to its private and intimate space, has become a place of relationship and comparison between future residents and urban space.

The regeneration of the building, particularly its urban and constructive aspects and the plant design, allows to lengthen its life thus avoiding new soil consumption. However the real regeneration is a more complex process, which also involves social and cultural aspects and contribute to change the perception of a place and to trigger new behaviors. During the development of the project, we wondered about the the nature and habits of future residents: young families or individuals staying for short periods, thanks to the proximity of Città Studi universities and of the new tertiary pole near Piazza Udine. A so prefigured “social landscape” made us understand that the public spaces such as garden, entrance, underground parking, atrium and vertical connections should have been designed in such a way to facilitate relationships between people.

Lambrate radically transformed over the years and the house of Luigi, once on the banks of the artificial lake "Miralago", is now included in a suburban high density residential area. Also the rules that oversee the renovation of a building have been deeply changed, so that the project had to adapt the building to new regulations and standards. These kind of limitations - reduced distances from the adjacent buildings, impossibility to create openings on neighbour areas, etc - generated a very narrow scope of action. The construction of the new underground parking and the raising of the existing building are actions that have improved functionality and enabled, at the same time, the economic sustainability of the operation.

From an architectural point of view the project removed all those typological traits that made the building so in contrast with the context, according to a more rigorous and clean design. We acted on the building first through the simplification of the existing architecture, by removing all those superfluous elements (outside stairs, balconies, canopies and surfaces) that prevented a clear reading of the volumes. The volume thus "stripped" of its accretions was then shaped through two main actions: the adding of new parts and the “excavation” of others.

In order to clarify this volumetric composition the main surfaces of the volumes have been differentiated with two colours, dark gray and light gray. The facades design has been based on a modular grid on which we have set the composition of windows, balconies and cladding . The covering is made of thin porcelain tiles directly applied on the coat insulation. Facades materials and colours integrate with the surrounding built landscape but the large format of the coating introduced a new element, giving us the possibility to modulate the size of the tiles and to create a light drawing. 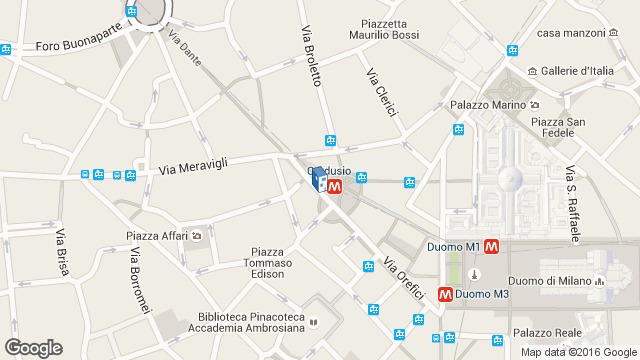 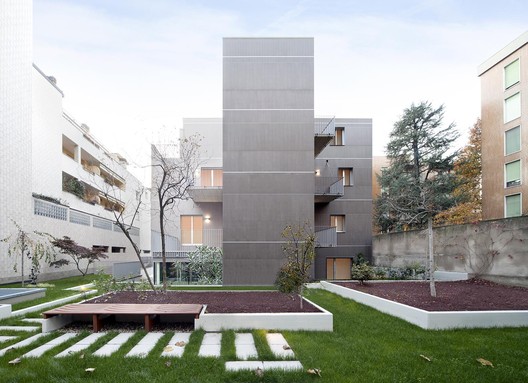