Save
House i / Yoshichika Takagi 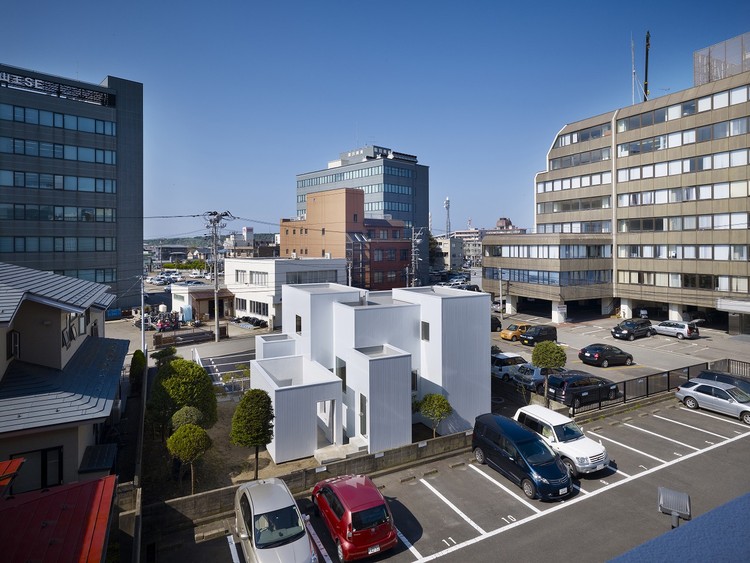 Text description provided by the architects. The site is in the centre of Akita City where urban functions are situated. Despite its urban location, this is a special place as it is surrounded by car parks. Considering that the space is exposed to public eyes in all four directions, it is essential to sustain the elements of privacy, but at the same time, our aim is to drop frontality from its façade.

In order to keep privacy, it is sensible to keep the rooms within the enclosure, and it also helps with the indoor environment in the northern climate. However, enclosure would give a closed feeling, hence the task is to find a way to layout spaces that are closed enough to keep privacy and would also at the same time give an extensive feeling to the space outside.

First, we made a list of facilities that would require enclosure; kitchen, bathroom, toilet, bedroom and storage room, all of which would be enclosed in box-shaped spaces. A collection of these spaces are gathered like pleats, which create many gap areas in various sizes. This complex structure of these gap spaces gives depth to the whole place as well as an illusion that there is more space beyond what is visible. The frames installed in the walls of the boxes overlap with one another, and the whole place looks like a combination of facing mirrors depicting different sceneries. 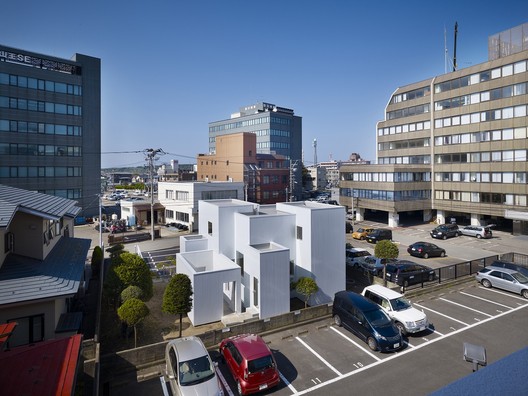