Save
Who Should Win the 2016 Pritzker Prize?
Share
Or
Copy

The Pritzker Prize has announced that it will be revealing its 2016 laureate on the 13th of January, starting what is sure to be a month of intense speculation about who the next winner of architecture's most prestigious prize might be. Will the jury honor an influential member of the old guard, as they did this March when they gave the award to the late Frei Otto? Or will they recognize a young architect who has made a big splash? Will they reward virtuoso spatial design, or will they acknowledge the role of social impact, as they did in awarding the prize to Shigeru Ban in 2014? And will the award go to an individual or to two or more architects working together, as it did in 2010 when SANAA scooped the prize?

We want to hear from our readers - not just about who probably will win the prize, but about who should win the prize and why. Read on to cast your vote in our poll, and let us know in the comments whose name you'd like to hear announced on January 13th. 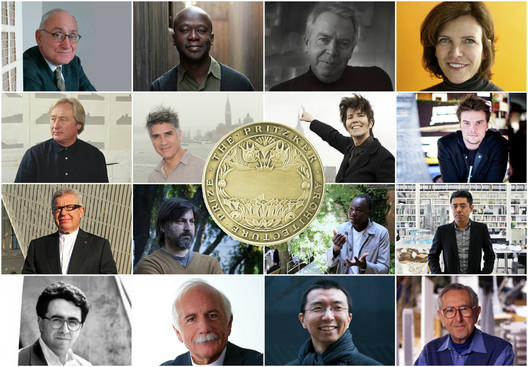