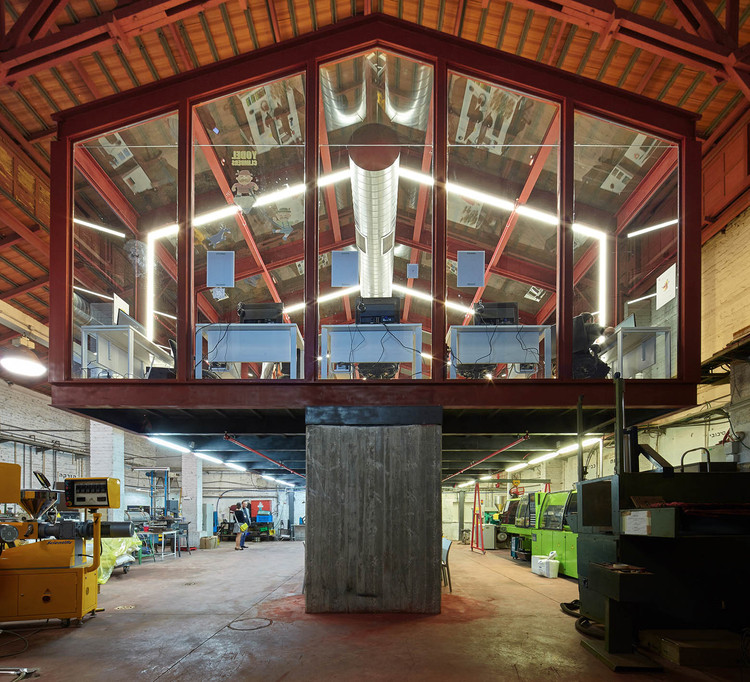 Text description provided by the architects. The Michal and Avraham Kadar Media Lab was designed by Geotectura for Shenkar College within an 90 years old building. The project has many labs and workshops as part of a retrofit and add-ons design but the main element is a floating steel and glass structure within the existing fabric. The project includes a center for interaction design and technology, a computer gaming lab, plastic workshop and 3D printing lab.

Shenkar College of Design and Engineering is located in the city of Ramat Gan, bordering Tel Aviv, in Israel. The campus is composed of several buildings, some older and some newer, within the dense urban fabric in the area. The department of plastics is accommodated within the old building from the 1920’s.

Shenkar College organized an architectural competition to propose a solution for the building that contains the department of Plastics. The winning proposal was from architectural office Geotectura that by looking at the existing fabric and its heritage, suggested a retrofit, rather than replacing the old structure with a new building. Research into the Ramat Gan City Archive revealed that the site was part of Goldberg's orange orchard that was established during the 1920's. The original grove was the result of a philanthropic action by Yitzchak Leib Goldberg (1860-1935). It was the main income source for the people in this area long before it became a city, a legacy that was forgotten since. The old building in the middle of the site was actually the first modern packing structure in the country, built in 1928. The wooden roof structure, exposed from the inside, together with the thin silicate bricks in the walls are giving the building a unique appearance that should be preserved for aesthetic reasons, as well as for its historical value.

A conscious decision was made that the history should be the main initiator of all the design intervention. The past would be reflected in every corner, even when it was combined with a new design. On one of the interior walls, the design team put a printed image that was taken from the very same spot almost 100 years ago, as a reminder of the legacy that this place contains. The legacy represents pioneering and modern methods that are also part of Shenkar's approach to nowadays: the college is always seeking to combine academia and professional practice with cutting edge technology, together with creative and sustainable thinking. The forgotten orchard will be reintroduced to the site thanks to the new building plan next to the preserved packing building. The new building is composed by two circular shapes that maximize the exterior area for a new orange grove and will eliminate the need for separating fences between the public area and the campus site.

The first step to preservation, conservation and re-use of a building that has a historical architectural value is to create a comprehensive survey of its existing condition, as well as a reference of its historical record. Digital methods in documenting cultural heritage sites are the latest endeavor both in the field of architecture and survey. Two main methodologies for digitally documenting the building were used in this project by Dr. Joseph Cory and Dr. Rebeka Vital: laser scanning and photogrammetry.

The desire to respect the existing interior envelope of the main space, led to a design intervention that was offset of all interior surfaces. One of the results was a INP300 steel beams and glass walls that shaped a floating gallery without touching or damaging the original and fragile silicate walls and using materials that can be recycled in the future. The implementation of 3D scanning gives great confidence to each design decision that need to be taken along the way. The point cloud helped further by showing the distribution and heights of the existing workshop machinery inside the building, so to avoid collisions of large machines with the proposed gallery.

While using BIM databases and processes starts becoming an established practice for new buildings, one encounters few case-studies where BIM is used for design interventions for existing buildings and where the digital survey becomes an integral part of the BIM database. Incorporating the digital survey into the BIM database, gave a solid foundation to the decision making for the design intervention of this building. The digital survey within the database anchored the design decision to the authenticity of the character of the building and contributed to the respect of all team members of its history and architectural elements.

“I myself shall continue living in my glass house where you can always see who comes to call, where everything hanging from the the ceiling and on the walls stays where it is as if by magic, where I sleep nights in a glass bed, under glass sheets, where who I am will sooner or later appear etched by a diamond.”
André Breton 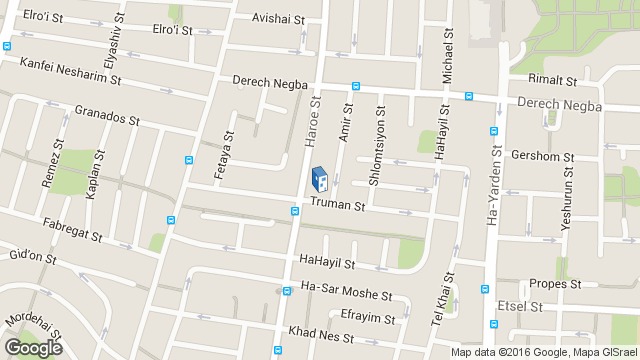 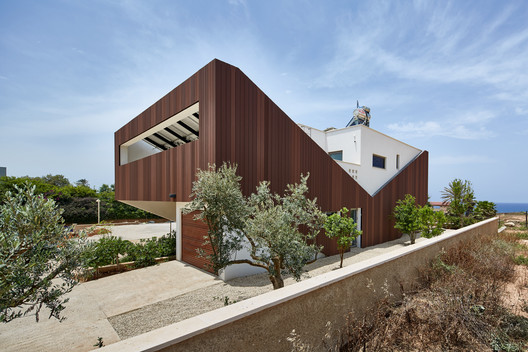 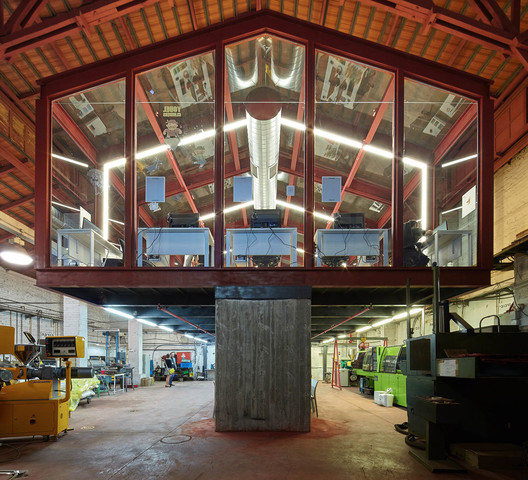