Established in 1974 by the AIA Dallas Chapter, the Ken Roberts Memorial Delineation Competition (KRob) is “the world’s longest running architectural drawing competition of its kind”. Named after architect Ken Roberts, famous for his ink perspective drawings, the competition recognizes innovations in both hand-drawn and digital architectural drawing. The winners and shortlist each year serve as an inspiring reference for architects, and showcase the intersection between technology, design and culture.

In 2015, the new award for “Excellence in Architectural 3D Printing” was added, and with a total of 424 entries from 28 countries, this year’s competition was the largest to date. The 2015 jury consisted of Michel Rojkind, Paul Stevenson Oles and John P. Maruszcak. The competition culminated in an awards ceremony and panel discussion at Alto 211 in Dallas. See the winners after the break.

See all the finalists and shortlisted entries here.

Share
Or
Copy
About this author
Eric Oh
Author
••• 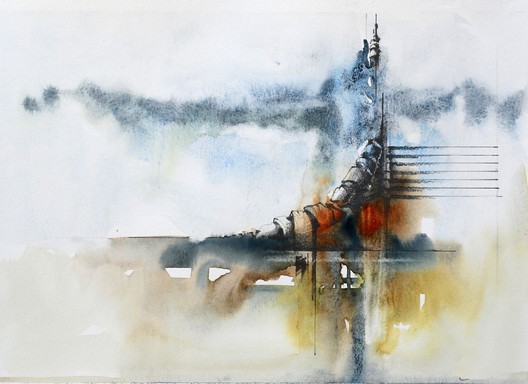