HENN has won the competition to design the new Zalando Headquarters in Berlin. The project will consist of two seven-story buildings, where up to 2,700 employees will occupy 42,000 square meters of office space.

With the new Headquarters, all of the Zalando offices will be brought together, rather than dispersed throughout the city.

“The building’s shape in plan reinterprets the typical Berlin block-edge development. It rotates the building grid diagonally to the development plan and places the internal courtyards on the outer edges of the plots. This opening creates transitions between office and public space,” all of which is tied together by transparent and translucent façades.

The main building includes a full height atrium filled with natural daylight, seating and lounge areas around the lobby, an auditorium, conference and training zones, a café, and the company restaurant.

The offices are arranged by their use, ranging from intensive concentration zones to social spaces. Central “neighborhoods” serve as the main areas for project work and connect zones for individual work. 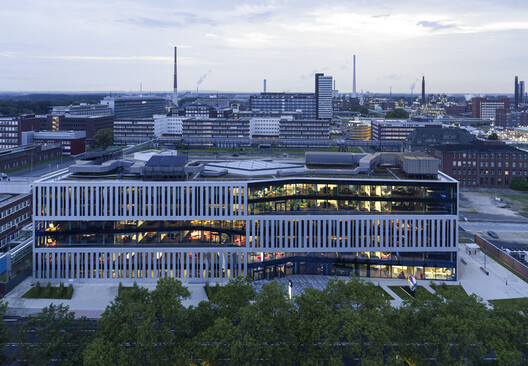 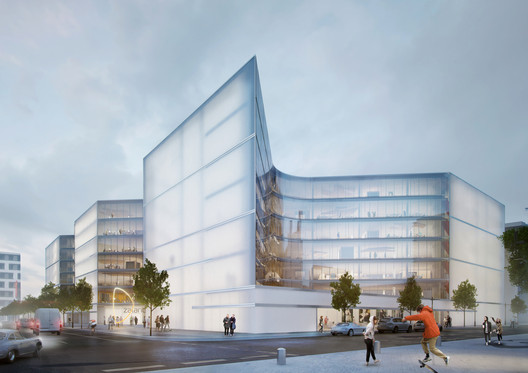