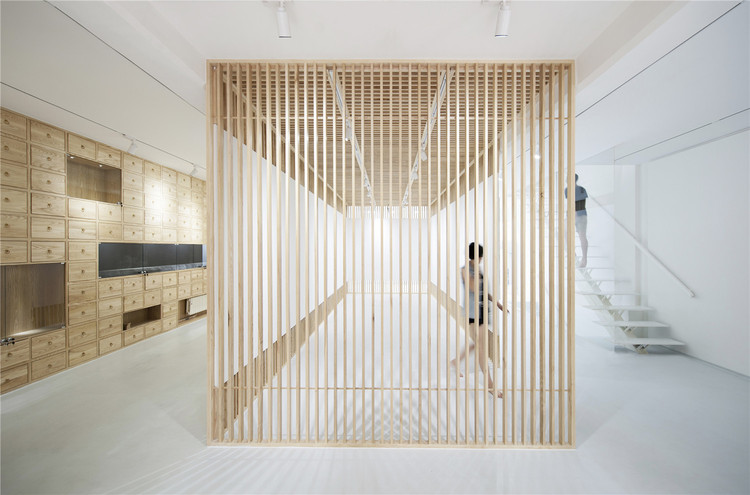 Text description provided by the architects. The project is located in Liulichang West St. in Hepingmen, Beijing. Liulichang is well known as a series of 2-storey traditional Chinese style housings with reinforced concrete structure and basements that sell various craftworks, artistry and antiques. They were built under the planning of the government about thirty years ago.

The purpose of the design is to create a space full of the elements of Orient, Zen, Nature and Simplicity, as well as maximize the interior space under the limit of the existing grid. Folding screen has long been a part of traditional Chinese decoration, which delivers the beauty of serenity and harmony by separating and embellishing a room as a member of traditional Chinese furniture. A screen display wall would be used as a basic element to integrate the current construction space.

The first floor is designed to be an up-and-down transparent exhibition hall enclosed with fixed folding screens, which would certainly deliver an intense impression at the first sight. The folding screen display wall on the second floor enhances the elastic utilization of the space. As to the basement, a ceiling made of soft films creates a bright enclosure just like a court to eliminate the space oppression.

Folding screen is such a precious traditional fine art that’s expressing modern art of space utilization as well as its public value by attracting more people into such an enjoyable space. 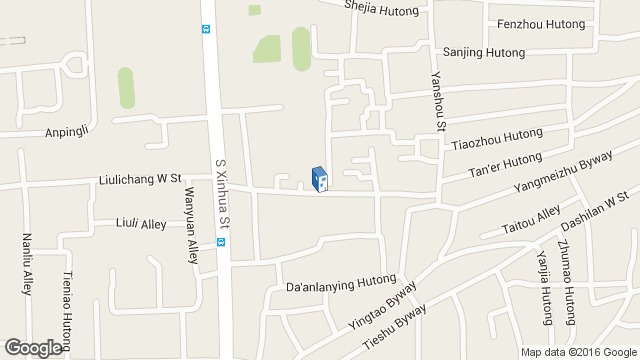 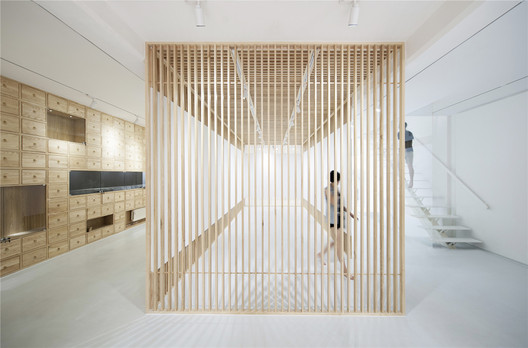