Following the selection of Rogers Stirk Harbour + Partners' proposal for the Taiwan Taouyuan International Airport as the winning design, UNStudio has released their own proposal, which received 2nd place. Called the “most innovative design concept” and the design that the jury “wanted to experience the most” by Michael Sparks (jury member and Dean and Professor at Syracuse University), the proposal, with a design team headed by Ben Van Berkel, re-imagines the scale of the airport typology. Read more about their shortlisted entry after the break. 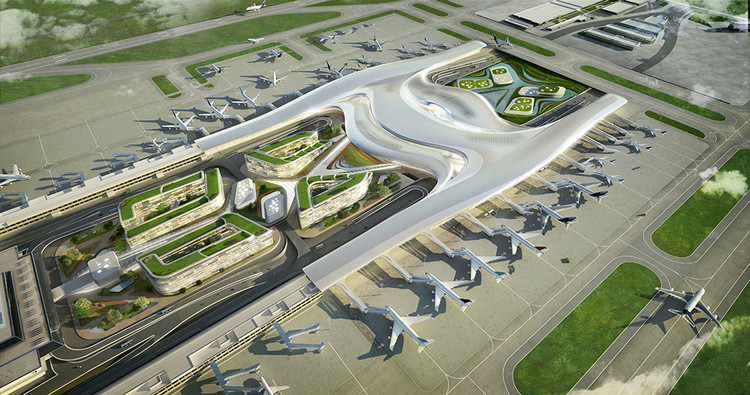 Needing to accommodate over 45 million passengers annually, UNStudio’s proposal breaks the airport typology that relies on an “excessive and monotonous use of space.” The proposal is characterized by its design for the scale of its user, creating efficient, short walking distances, informed by natural wayfinding. The small footprint of the terminal leaves enough area for quick assembly using prefabrication, contributing to the effective implementation of the project.

A sequence of spaces privilege the comfort, ease of use and orientation of the airport users, defining the unique “place” of the terminal. The different micro-climates are defined by environmental conditions such as daylight, humidity, temperature and air flow according to the program of each zone; an outer and inner shell work together to ensure the performance of these spaces. Vegetation, media, art and Taiwanese culture constitute the integral elements of these different zones, solidifying their identity.

The new Terminal 3 will create a threshold between Taiwan and the Aerotropolis. The façade of the Terminal becomes the most prominent of the airport by placing the main entrance at this threshold, on the south-west end of the site. An undulating roof guides the public to various entrances, beginning the experience of the terminal from outside.

“With the aim of the client to be amongst the top of the international airports in the region, it was necessary to develop a concept that conflates functionality, atmosphere and flexibility - an airport that is sustainable from the get go,"said Ben van Berkel.

It is through attention to detail across all scales that UNStudio’s design for Terminal 3 aims to achieve a holistic design approach. 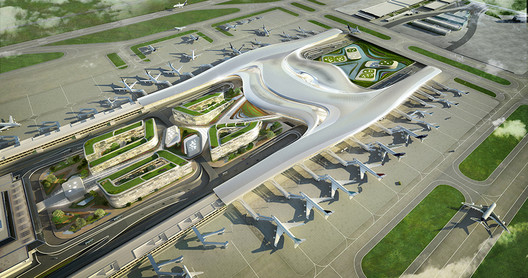