After the successes of their London and Warsaw series, Zupagrafika has released another collection of paper cutouts called Blokowice based on the city of Katowice in Poland.

Inspired by the architecture of the Upper Silesian Industrial Region, Blokowice features modernist and brutalist buildings from the 1960-80s. The collection includes the Spodek and Superjednostka, two iconic buildings from the city center, Osiedle Gwiazdy, a characteristic star-shaped estate, Osiedle Odrodzenia, prefabricated panel blocks from the outskirts of the city, and the controversial Katowice railway station building that was demolished in 2011. 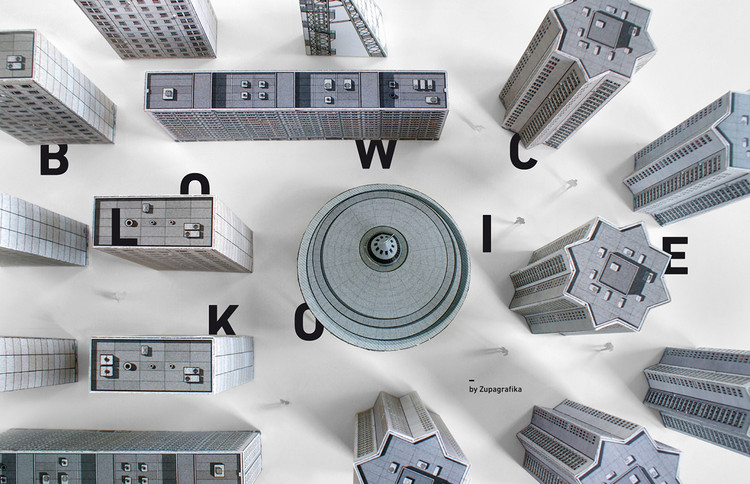 The designers additionally included a bonus cutout of a post-industrial pit-shaft, characteristic of Katowice.

The collection, made of six models, is printed on recycled paper and includes technical architectural notes, years of construction, and exact locations for each building. Learn more about or purchase the set here.