Save
Villa for Anna and Saeed / Logical Process in Architectural Design 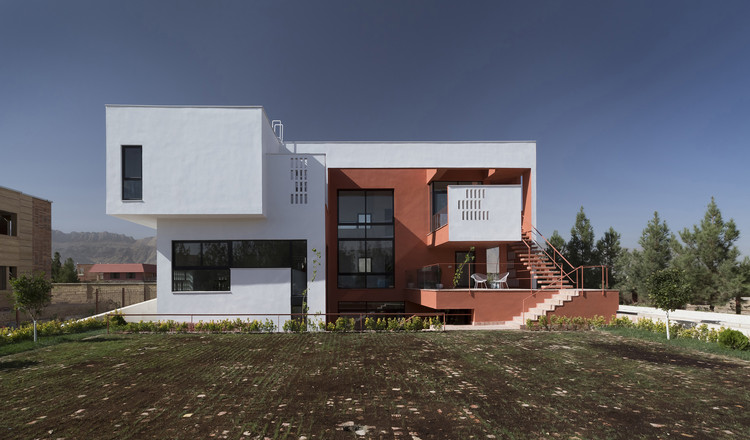 Text description provided by the architects. The 1000 m2 land for Anna and Saeed Villa project that was proposed to us in September 2012 is in Zaitoon town, 10 km from the historical city of Isfahan in Iran. Zaitoon town is a small residential-villa complex with a highly dense villa texture, which mainly belong to physicians.

Here, attempts were made to form the building like a tree that one may climb it. It was realized through designing open spaces – as the main basis for formation collective behaviors – implementing it at different levels, and defining accesses and connection spaces like clamping rings and dynamic game spaces.

This way, an entangled network of open spaces, sunken garden, central courtyard and terrace is formed, which can be used for various individual and collective behaviors instead of individual single-spaces. Outdoor space is used in a live and 3D connection with indoor space.

Forming around open spaces, struck volumes encompass open spaces. While respecting introversion and privacy, the struck volumes maximize connection of close, open, and semi-open spaces. All close spaces of the project face the middle gap through which communicate outdoor space. This is how they revive pattern of familiar Iranian architecture (central courtyard, terrace and sunken garden).

Foundation of the project is about 420 m2 in three stories. It has a steel structure with a composite roof. It is heated by radiators and packages and cooled by evaporative coolers. The project was completed in September 2014.

The project won the second prize in grand Memar award, as the best residential project of the year 2015 in Iran. 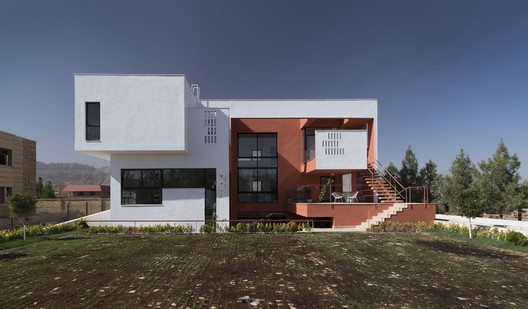