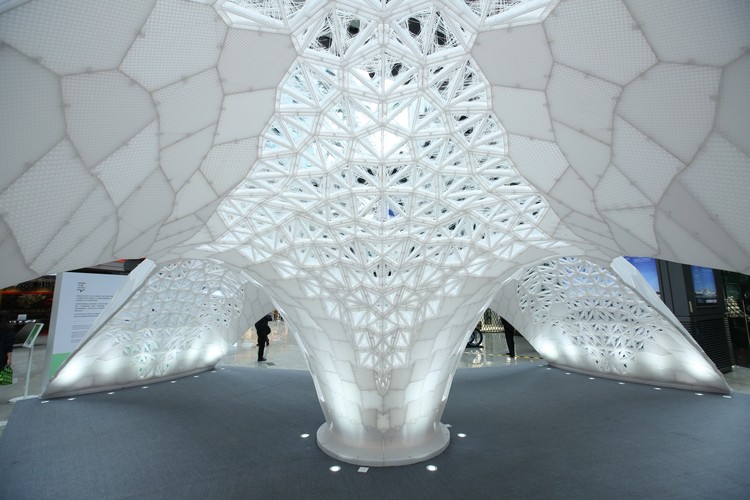 Named after the Roman god of fire, according to the architects "VULCAN symbolizes a sense of fear of and respect for the unpredictable forces of nature, while suggesting the fragility and courage of human civilization." The structure is based on LCD's research into the spatial form of cocoons, resulting in the delicate filaments criss-crossing many the of the panels. The design was also eminently practical, able to be split into three smaller parts enabling a range of different programs to take place inside.

“VULCAN represents a new reality - that modern architects are able to achieve their ideal design quality from concept to construction using digital design and fabrication methodologies," explained LCD Architect Yu Lei. "This development will increasingly blur the boundaries between technology and art.”

However, in spite of holding the official world record, VULCAN is just one of a constellation of experiments in 3D printing at scale. It is unclear, for example, why Guinness World Records overlooked WinSun's 3D printed buildings completed earlier this year - though this perhaps has something to do with WinSun's liberal use of non-3D printed components. Another potential challenger to LCD's design will be Dus Architects' 3D printed canal house in Amsterdam, which has been in development since 2014 but has yet to begin full-scale construction.