Snøhetta's 10-story expansion of the San Francisco Museum of Modern Art (SFMOMA) is nearing completion. As announced by SFMOMA, the "transformed" museum will reopen to the public on Saturday, May 14, 2016. Its new 235,000-square-foot addition (that nearly tripled SFMOMA's gallery space) was designed by Snøhetta to "weave" into the city and connect "seamlessly" to the museum's existing 225,000-square-foot building designed by Mario Botta.

“It has been a privilege for us to work with Neal Benezra, Ruth Berson, the curatorial team and Mario Botta’s building within the context of San Francisco," said Craig Dykers, co-founding partner of Snøhetta. "Our goals were to provide the curators with clean, uncluttered galleries that feel intimate in scale and right for the artworks, to establish new physical connections to the city that will foster social interaction, and to join with the Botta building in such a way that our expansion seems to rise like a continuation of its terraces, even while offering a new image that reflects the Bay Area’s natural setting.”

Grounded by a number of new public pathways and entrances, SFMOMA will now feature expanded exhibition space, 130,000 square-feet of indoor-outdoor galleries, a double-height White Box for performances, a new Koret Education Center for students and teachers, a two-story conservation center, high-end restaurant, and the Pritzker Center for Photography - "the largest gallery, research and interpretive space devoted to this medium in any US art museum."

“This expansion enables us to tap more fully into the energy all around us, in a region known for its special creativity and beauty, while greatly increasing the presentations of a collection that includes remarkable concentrations of artworks that can be found nowhere else,” said Neal Benezra, the Helen and Charles Schwab Director of SFMOMA. “I am thrilled to announce that in just a few months, we will be welcoming the public to the stunning new expansion Snøhetta designed to fulfill these aspirations.”

You can learn more about opening events on SFMOMA's official website. 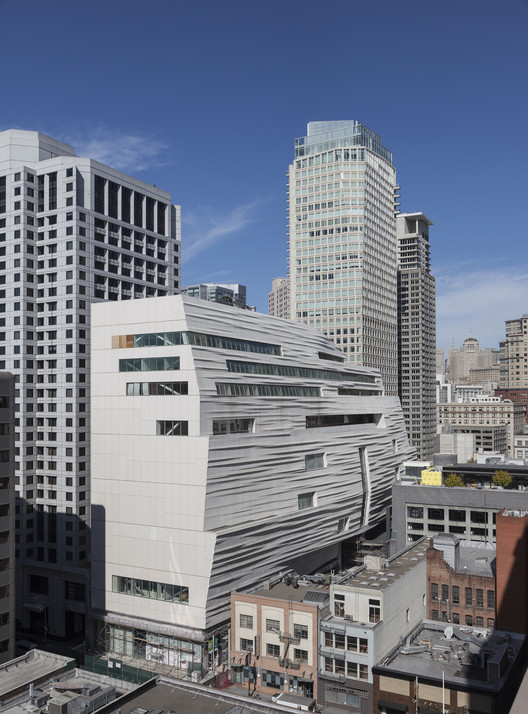