Save
Ground Control: How Concrete Reshapes Our Relationship to the Earth
Share
Or
Copy

Concrete has long had a close relationship with the earth; as the favorite material for the creation of building foundations, one of its most common uses is effectively as a more reliable replacement for soil. In the twentieth century, concrete’s ability to transform our interaction with the ground was taken to the next step. As architects and engineers explored the opportunities offered by a combination of reinforced concrete and the modernist mindset, multiple attempts were made to replace the ground in a more dramatic way: by creating a new ground, separated from the earth itself. Most widespread among these plans was the engineer’s elevated highway which emerged worldwide, and the most relevant to architects the “streets in the sky” embodied by developments such as the Smithsons’ Robin Hood Gardens. Newcastle-upon-Tyne offers a city-wide example of this theory, embarking on an ambitious plan to become the “Brasilia of the North” by creating an elevated network of pedestrian routes entirely separated from the automobiles below - though the project was abandoned in the 1970s with only small sections implemented.

After Modernism’s dramatic fall from grace in the 1970s and 80s, this project to reinterpret the ground with concrete was largely forgotten. Of course architects still used concrete in their designs, but they were content with a purely traditional relationship to the ground: their buildings were discrete entities which sat upon the earth, and nothing more. However, as explored at length in Stan Allen and Marc McQuade’s 2011 book Landform Building: Architecture's New Terrain, recent years have shown architects willing to work upon the ground once again, in new and exciting ways. In the years since Landform Building’s publication, this trend has only intensified, as demonstrated by the following three projects. 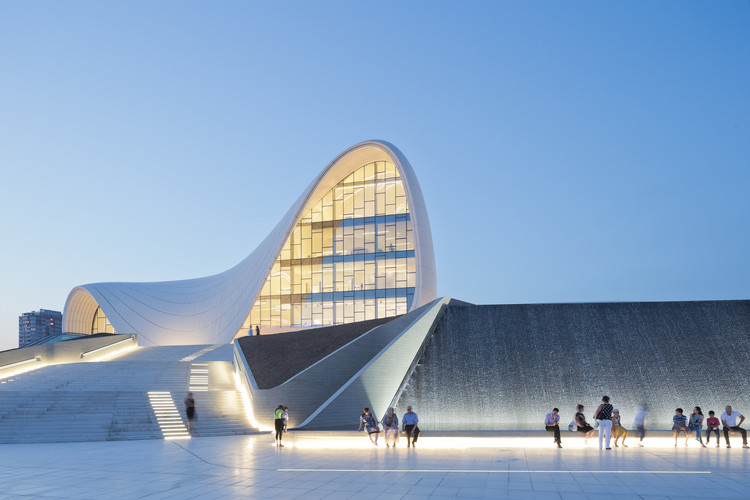 In Rovinj, Croatia, Studio 3LHD’s Mulini Beach project offers a compelling reinterpretation of the landscape to open the beach to more of the town’s citizens and tourists. While most beachfront promenades are resolutely artificial, fortifying themselves against the sea and denying their relationship to the ground, Studio 3LHD’s design takes inspiration from the pre-existing seafront.

In doing so, the design expands on the ideal shown by concrete foundations. The beach uses concrete as a ground replacement that is more conducive to human ends, improving the beach’s accessibility to disabled people. Furthermore it does so in celebratory fashion, using what the architects describe as “aesthetic concretes” involving “a monolithic mixture of bright cement and quality bright stone aggregate.” For their efforts, the architects have been shortlisted for an accessibility award in the Cemex XXIV Building Awards, as well as in the award’s infrastructure and urbanism category.

While Mulini Beach’s relationship to the ground is eminently practical, the Santa María de los Caballeros Chapel takes a more spiritual approach, as the architects explain:

“A Catholic temple is essentially a place to achieve communication between the Divine and the Human. The chapel for the Gimnasio Campestre and its surrounding community is a building that spatially expresses this contact that results from producing a levitating deck, the divine, on an undermined space, the human, so that the temple is just the compressed space in tension between the two parts.”

On a technical level, the chapel is made both possible and coherent by the use of concrete. Below ground level, the space is encircled by concrete retaining walls, while the “floating” garden is enclosed by similar concrete walls. These upper walls also solve the structural challenge created by the “floating” garden by doubling as colossal supporting beams for the slab structure, spanning the full width of the excavated space.

This interaction with the ground offers a near-reversal of that shown in the modernist project. Rather than the sky being the realm of the human, the human occupies the space below ground level, with ground level itself being the realm of the divine. In the context of the chapel’s humbling spiritual metaphor, the modernist project to leave the earth behind might be reinterpreted as almost Babel-like in its hubris.

If MGP Arquitectura y Urbanismo demonstrates a humble appreciation of the spiritual qualities of the ground, Zaha Hadid Architects’ Heydar Aliyev Center demonstrates quite the opposite. Conceived as the ultimate incarnation of parametric design principles, the project treats its site in Baku, Azerbaijan as just one of many manipulable surfaces which can contribute to an architecture of pure corporeal experience.

With its Glass Fiber Reinforced Plastic cladding merging seamlessly with Glass Fiber Reinforced Concrete cladding near the base of the building, which in turn seeps into the concrete paving of the plaza upon which it sits, the Heydar Aliyev Center denies a fundamental distinction between ground and building, between natural and artificial, and between geology and craft. Instead, the entire area becomes no more than the result of the forces which created it - be they seismic or mathematical - enabled by the plasticity of the concrete which creates an invisible connection.

In his review of Allen and McQuade’s book for The Journal of Architectural Education, Michael Kubo argues that “the ambiguous genealogy of Landform Building ultimately says as much about the limits of classification as it does about the projects it contains or the criteria according to which they are organized.” Indeed, with the highly plural nature of current architectural practice, there are a multitude of ways in which architects are reinterpreting the ground, and it is unclear if any one approach will emerge as a project to engage the entire profession, as in the Modernist period. Kubo offers the conclusion that “the book may be more valuable for the future as the archive of a particular moment of academic positioning than as a rigorous or consistent manifesto for practice.” If a single approach ever does emerge victorious, though, one thing is clear: now as in previous decades, concrete will more than likely be the facilitating material. 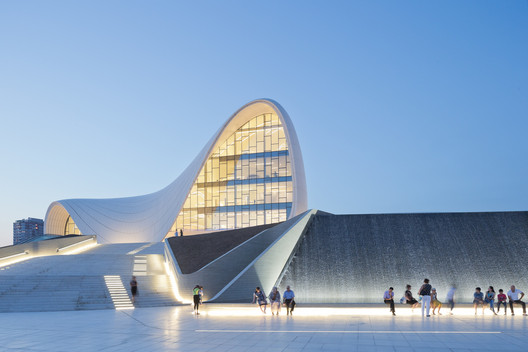