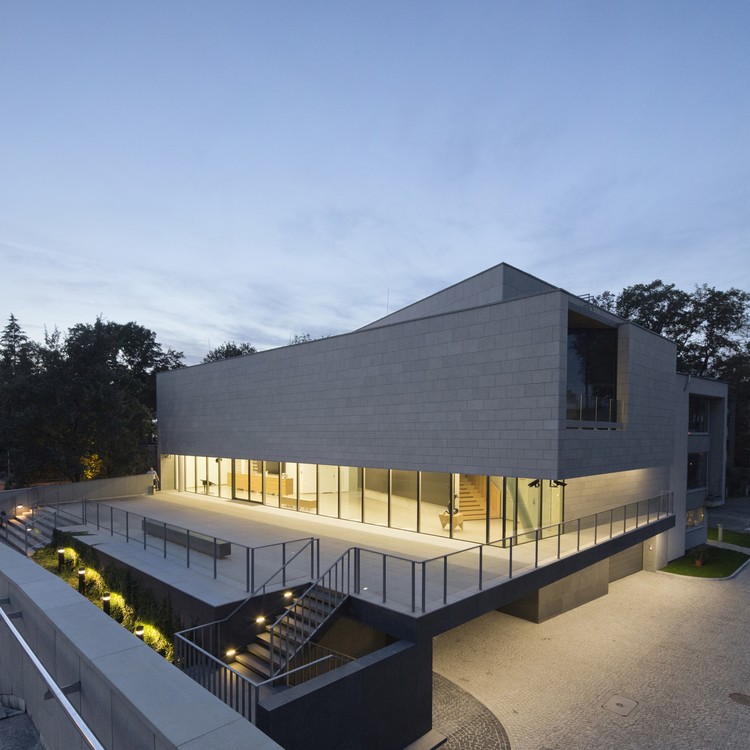 Text description provided by the architects. The year 2015 marks twenty-eight years since the publication of Tygodnik Powszechny magazine’s interview in which Andrzej Wajda announced his intention to create a Museum of Japanese Art and Technology in Kraków – a permanent venue for exhibiting Feliks ‘Manggha’ Jasieński’s collection of Japanese art. In 1994, during the opening of the new building, nobody would have thought that the new facility would initiate a whole series of the artist’s ideas instigating the creation of new architecture in Krakow, along with new cultural and educational institutions. Following that project, which was unprecedented in every possible way, more were launched on Wajda’s inspiration: the Tea Pavilion with a garden, the Japanese Language School, the Wyspiański 2000 Pavilion, and now the most recent development – an exhibition annex to the Manggha Museum called Europe–Far East Gallery.

The idea for the new building came up in 2004 in connection with the Manggha Museum’s acquisition of the small plot of land adjacent to its site, along ul. Konopnickiej. The project initiators’ main objective was to broaden the scope of its intercultural artistic and exhibition activities – from Polish-Japanese to European-Far Eastern – which coincided with Poland’s accession to the European Union. The new exhibition space was intended for presentations of European art and the cultures of Southeast Asia, including the Indian Peninsula. The programme of the Gallery provides for shows of old and recent art. The new building has two exhibition rooms on two storeys. As intended by the management of the Manggha Museum, both are classic white cube spaces, as neutral in expression as possible, to allow for the display of various forms of mostly modern art. The Manggha building has keenly felt the lack of this kind of room because the characteristics of its main exhibition space were tailored to the requirements specific to the display of historic art, particularly paper, which called for the use of special showcases, dedicated lighting, and appropriately controlled humidity levels and temperatures. The narrow specification of those conditions limited the possibilities for exhibiting contemporary art. The new building is boosting the scope of potential displays considerably, allowing the curators much greater freedom in terms of use of space and types of exhibition projects. Furthermore, the Gallery is fitted with infrastructure required for the preparation of exhibitions, as well as storage space, offices for curators, and dedicated parking spaces inside the building.

THE FORM OF THE BUILDING

The main building of the Manggha Museum is a complete, finished composition, with a sophisticated and unique roof form, characterized by a juxtaposition of several planes based geometrically on the hyperbolic paraboloid. Any action seeking to complement or extend this composition would involve the danger of interrupting its unquestionable harmony. New design efforts in the proximity of the main building should, in my opinion, respect and highlight its uniqueness and create merely a reasonably neutral architectural background that complements and orders the surroundings. Thus the Manggha Museum building remains the dominant element in formal and functional terms, and it is to it that the scale and composition of the new building are subordinated. Its shell has therefore been removed as far as possible from the approach to the Manggha’s main entrance and situated so as to prevent it from blocking the view of the existing building from ul. Konopnickiej. The height has been aligned to the scale of the undulating roof of the Manggha. A separate entrance zone has been designed for the Gallery, with its own stairs, a disabled ramp, and a terrace which can be used for exhibition and artistic activities outside the building. The situation of the terrace augments the public space in front of the Manggha and creates an additional urban interior, delimited by the façades of the two buildings. The space under the terrace accommodates an indoor car park. The parapet line of the first floor is a continuation of the edge of the Manggha Museum’s northern wall, and the height of the roof – the parapet of the upper storey – is below the level of the upper part of the skylights in the Museum building. Made up of simple glass and sandstone surfaces, the façades are composed in correspondence with the analogous forms of the existing outdoor architectural elements in front of the Manggha – the ramps and the stairs. The diagonal upper part of the south elevation corresponds to the diagonal lines of the balustrades on the ramps in front of the Museum building. Calm, simple and reserved in expression, the architectural form of the new structure provides a discreet background for the main building, thus foregrounding its characteristic architectural expression.

Along ul. Konopnickiej, the proposed side line of the building corresponds to the direction set by the curb and pavement, initiating a new alignment of the frontage along the street towards the Dębnicki Bridge. To the north and east, the building is flanked by, and constitutes an architectural continuation of, the Japanese Language School, erected by the Kyoto–Krakow Foundation in 2004. The height of the parapet of the School building is continued by the line of the cornice on the adjacent fragment of the proposed Gallery’s façade.

The Gallery building has three storeys above the ground and one underground level, used for a wide variety of functions. The structural layout of the components making up the proposed facility is complex and heterogeneous. This has been caused by the location and the complex geometry of the site, but also by the multifunctional nature of the facility and the immediate proximity of existing buildings. The main structural elements are reinforced concrete slabs, plates and columns. At the basement level, the supporting structure is provided by a closed system of outer reinforced concrete walls, 25 centimetres thick, and inner walls of varying thickness, between 20 and 25 centimetres. The layout of the basement walls together with the foundation slab and the ‘zero’ deck form a rigid box transferring the load to the ground, as well as conveying the stress from the outer walls. The outer walls and the foundation slab constitute a watertight basin, made of water-resistant concrete. The supporting structure of the first storey (ground floor) comprises the outer walls, 25 centimetres thick, and inner walls of varying thickness, between 20 and 25 centimetres. The structure of the second storey is formed by the 25-centimetre slab and the outer walls, each 25 centimetres thick, and the protruding front wall, also 25 centimetres thick. The latter wall, which is not continued downwards, is attached along its height to cantilever plates, which are extensions of the side walls. This structural system – plates, slabs and columns – has the spatial rigidity required to convey all the stresses and distribute the loads evenly when transferring them to the ground. 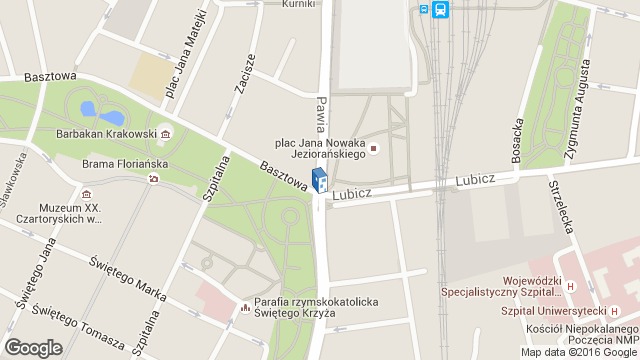 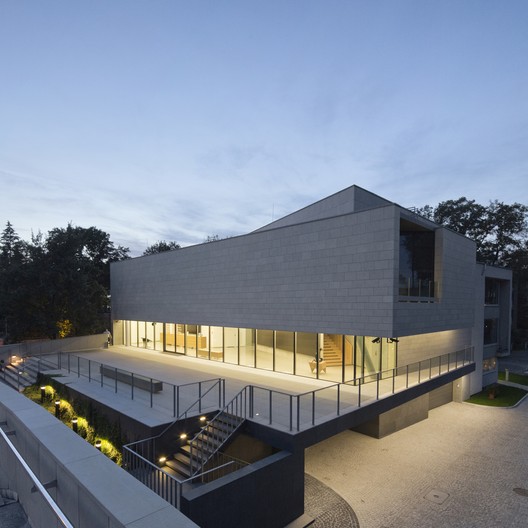