The Department of Human Settlements at the Royal Danish Academy of Fine Arts' School of Architecture, Design, and Conservation has developed a new low-income housing prototype for Maputo, Mozambique in southeast Africa as part of the Casas Melhoradas research project. The prototype reinterprets the area’s traditional “Casa de Madeira e Zinco,” which is made of wood and corrugated iron sheets, and the "Casa de Blocos," which is composed of concrete blocks.

The design features “a heavy first floor concrete base with a light two-storey wooden house on top,” with outdoor balconies that provide “a social transition zone between inside and out.” In addition, the prototype utilized local sustainable wood as well as local carpenters and craftsmen to construct and assemble the prefabricated elements.

The Royal Danish Academy is collaborating with several groups for the project, including the Faculdade de Arquitectura e Planeamento Físico at Universidade Eduardo Mondlane, The Mozambican NGO Estamos, and the Danish branch of Architects without Borders.

The first housing prototypes were released from 2014 to 2015, and are currently featured at the Africa exhibition at the Louisiana Museum of Modern Art. The project aims to develop additional prototypes during 2016. Learn more about the project here.

News via The Royal Danish Academy of Fine Arts. 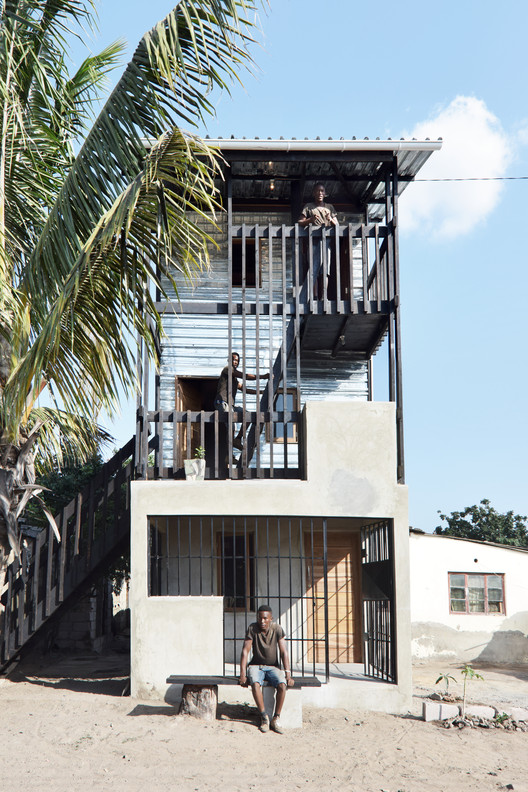