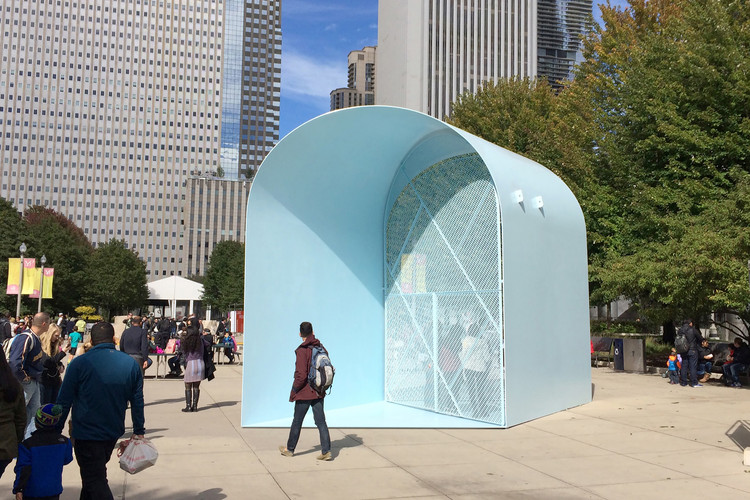 Text description provided by the architects. Summer Vault is a lakefront kiosk designed for the Chicago Architecture Biennial. It consists of basic geometric shapes—a 12-foot diameter barrel vault, a parallelogram, and triangles—combined to create a curious, freestanding hangout.

The interior is divided into two triangular spaces, one enclosed by expanded metal screens and doors, and one open to the air but still within the vaulting.

This two part plan provides covered areas for both the vendor and the public.

It also reflects the kiosk’s Persian origins as a 13th century garden pavilion, while embracing its contemporary use as a seasonal commercial front and festive park retreat.

The kiosk is currently in Millennium Park. In April 2016, it will be permanently relocated to Hyde Park, where a local restaurant will serve food from it. 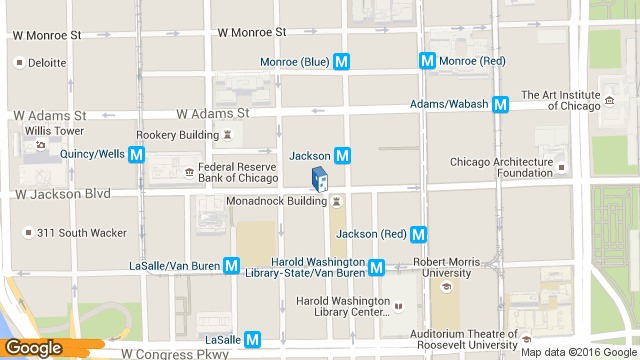 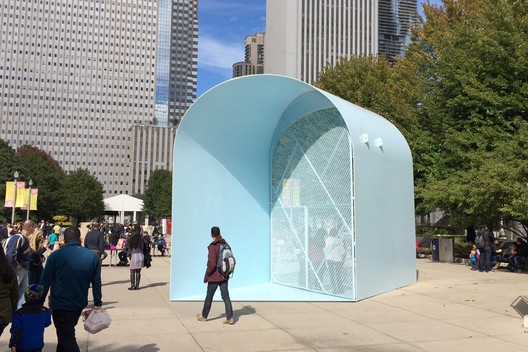 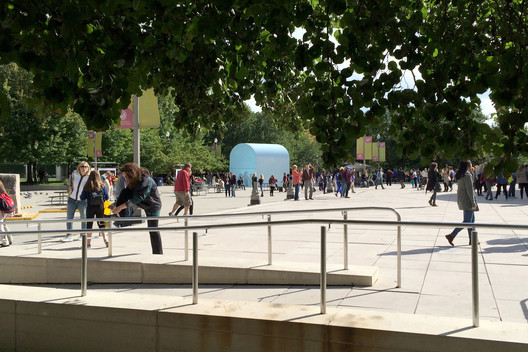