Save
A Short History of Yekaterinburg's Constructivist Architecture
Share
Or
Copy 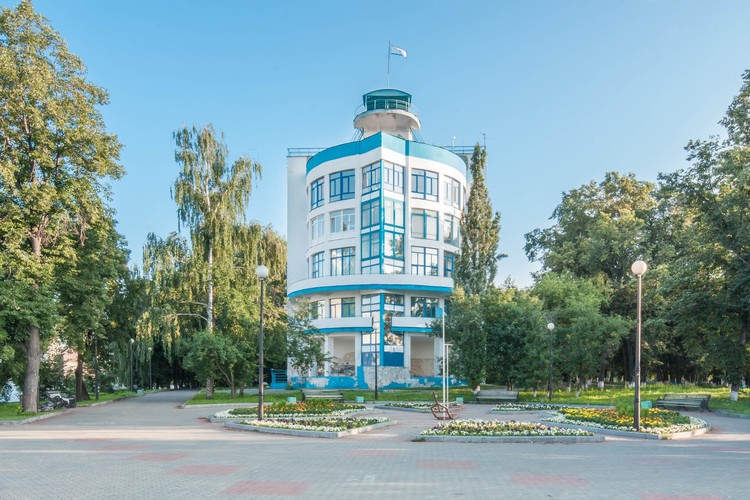 Despite a wave of early enthusiasm among Russian architects, the avant-garde was soon denounced by Soviet leader Vladimir Lenin. As stated by historian Charles Jencks, “What gave Lenin pleasure, like Marx and later the Stalinists, was the social realism of Courbet in painting, Balzac in literature and the classicism of the Greeks in architecture.”[2] Although this opposition came early, and it may have seemed as though Constructivism would fail unilaterally, the movement’s most radical proponents decamped for the West in the early 1920s, leaving a less radical and more socially pragmatic form to flourish in the ensuing decade.

Merging the components of new culture, like graphics and advertising, with new architectural components like radio antennae, tension cables, concrete frames and steel girders, Constructivist architects pioneered new forms of building through assemblages of unrelated functions. A prime example is the highly-influential, albeit unbuilt, Palace of Labor designed by Alexander, Leonid and Victor Vesnin in 1923. It included two auditoria that together could seat 10,500 people, administration offices, a radio station, a restaurant for 6,000 people, a social science museum, a museum of labor, a library, a meteorological observatory and an astrophysical laboratory. Agglomerations such as this obviously hold influence over later megaprojects like the Rockefeller Center or Brasília, as well as the early work of Rem Koolhaas and OMA. Constructivism embraced new film and theatrical experiments, communal housing, the dis-urbanized city and the workers’ club, all to create the “multifaceted and fully developed man of Communist life,” says Charles Jencks.[3]

Headwinds from the party government and a lack of support at the community level prevented Constructivism and its architects from achieving their ultimate goal of creating “social power plants,” like the Palace of Labour. Yekaterinburg, however, became a center of Soviet industry at the same moment that Constructivism was being championed around 1926. Until then, this city at the foot of the Ural Mountains had been a city of predominantly one-story wooden houses. Industrialization brought four and five story buildings, of clear geometries, sharp angles, numerous windows and terraces, and with minimal decoration.

Although most of the buildings remain intact, the city of Yekaterinburg has a notoriously poor record with architectural preservation, and as a boom in construction in the past decade has removed many structures that predate the Constructivist buildings, many fear that they will be the city’s next losses. In light of these changes, attempt to record and celebrate the city's Constructivist riches by photographers such as Denis Esakov could soon become more crucial than ever.