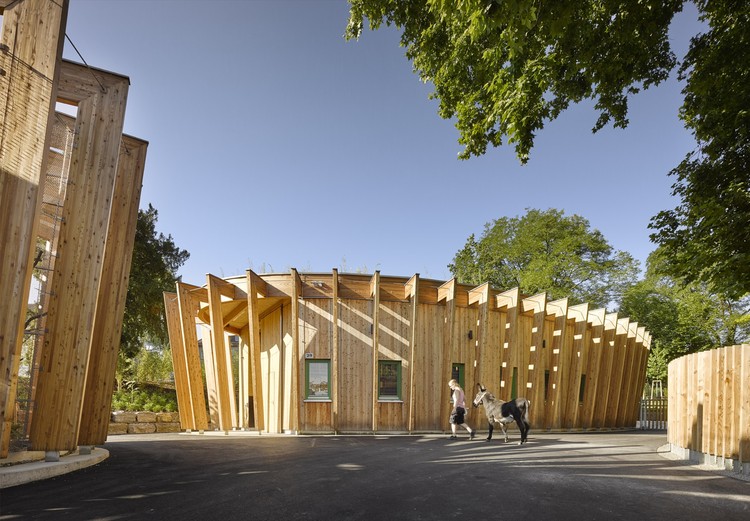 Text description provided by the architects. The ensemble’s formal shape interacts strongly with its particular use as well as with its urban context. The exposed site, which is situated in the southern portion of the “Schlossgarten” and in the immediate vicinity of the pond, allows the two volumes of the buildings in combination with the fence to be conveyed easily. Also multiple views from all directions are offered to people walking by and in especially to the little visitors to the petting zoo.

In this manner, the three elements emerge very much as a whole, yet still appear subdivided and delicate in the natural surroundings. In addition, the lamellar-like facade of the aviary and stable reinforces this vivid effect and lends a second level of complexity and depth to the ensemble. Furthermore, the appealing nature of the buildings is adjusted to the eye level of children and should serve as an inviting place to visit and spend time.

The site was developed as part of the 2016 State Horticulture Show (Landesgartenschau 2016) and replaces the aging animal enclosure within the “Schlossgarten”. The construction and orientation of the buildings, however, are particularly designed for the time following the State Horticulture Show. In coordination with the veterinary office, much attention was paid towards keeping the various animals (alpacas, cangarus and nadus) in an environment as natural as possible.

The usage of larch wood is one outcome of the close cooperation with the veterinaries. Moreover, the wood is not only resistend and therefore sustainible, but more importantly, it does not need to be treated.  As a result, there is no danger of inadvertently poisoning the animals. To ensure that the animal enclosure continues its longstanding tradition in the Schlossgarten, all timber joints are sturdily and replacably constructed. 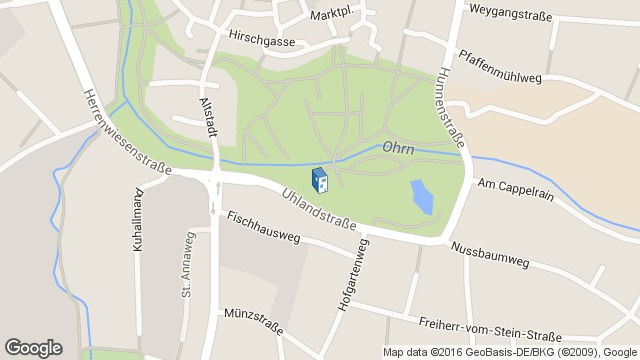 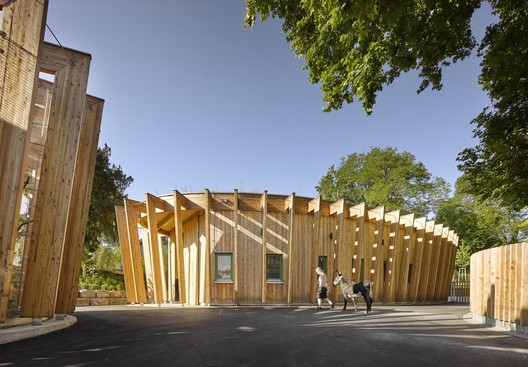