By day, the concrete facade of APG Architecture and Planning Group's latest project, the Al Aziz Mosque in Abu Dhabi, features protruding elements of Arabic script spelling out the 99 names of God from the Quran. By night though, the 515 square meter facade is transformed, as the concrete script lights up in the darkness. The effect is made possible thanks to the translucent concrete paneling system provided by German-based manufacturer LUCEM. 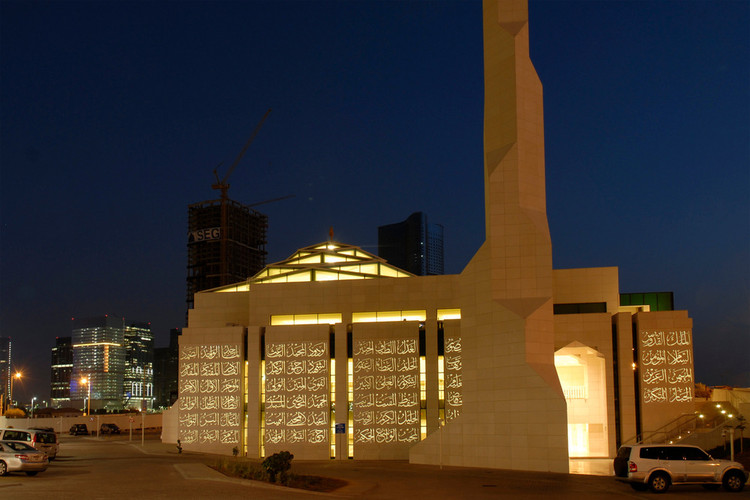 The translucent concrete used in the facade system works thanks to fiber optics, included as part of the aggregate within the concrete. In this project, LUCEM were able to position these fibers in accordance with drawings created by the architects and an expert calligrapher. In order to blend with the stone panels used elsewhere on the building's facade, the concrete used was pigmented to match the stone's color, and the panels were sandblasted to give them the correct texture.

Though it appears that the facade is lit by light from inside the building, the effect is in fact achieved through a system of LEDs installed within the wall cavity. This required LUCEM to develop a specialized cable system which would allow faulty LEDs to be replaced without removing any of the panels - each of which weighs over 300 kilograms. 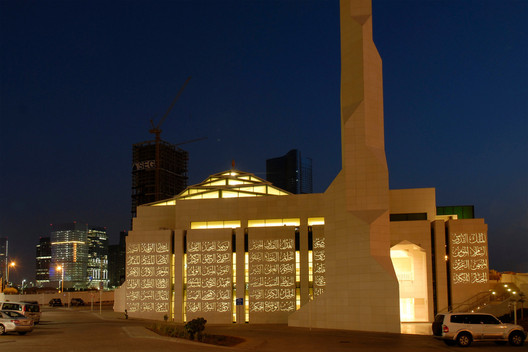