Save
Design Lab in the Desert / Jorge Losada 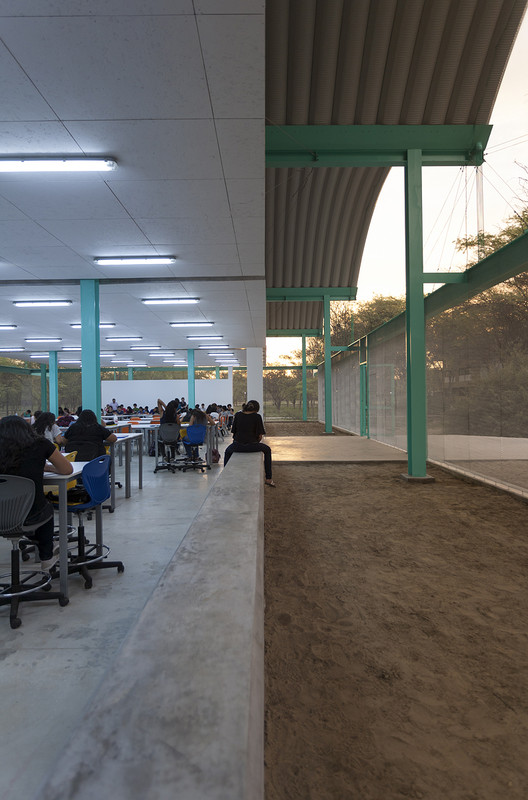 Text description provided by the architects. The City of Piura, located in the desert of Sechura, it is surrounded by sand and dunes and the river, named after the city, barely generates a shy green corridor. However, in this difficult context, the University of Piura managed to reforest approximately a hundred and fifty hectares with a dry woodland, an oasis based on algarrobo trees where the University could settle their facilities.

The Design Studio faces these extreme conditions by using two strategies: casting a big shadow and proposing a fully ventilated space. Heavy architecture, with greater thermal mass, is avoided, as it creates spaces that will either be uncomfortable or require unacceptable energy costs.

A steel frame structure with a curved-formed steel deck was chosen, rising to a height ranging from 6 to 9 meters. Under this skin (formed by three 12x21 meter vaults), a large air cushion that is renewed with the slightest breeze dissipates the roof deck radiation.

A second roof, composed with sterling boards painted in white and hung from the structure, helps to prevent the radiation as well as delimits the space. The Design Studio, with a capacity of a hundred and twenty tables of architecture, is completely opened to the surroundings by a 36 meters long rip, creating a horizontal frame that responds to the equally horizontal landscape where it has been located.

The longitudinal axis of the Design Studio is oriented East-West to offer the open front of the vaults to the South, where the prevailing winds blow from. The vaulted roofs cantilever to cover an area considerably bigger than the concrete floor —4 meters on both south and north elevations— in order to prevent direct sunlight. We need to remember that in latitudes close to the Equator, the light can come from either the south or the north depending on the moment of the year.

The interstitial spaces will accommodate two gardens adapted to the climate that will help to capture sand particles and to ward off mosquitos.

The facade, like everything else, barely exists. A metal mesh subtly veils the landscape and prevents the access of large animals. As the limit disappears, one has the feeling of working outside, under the algarrobo trees, with a pleasing thermal sensation.

Above the metal mesh and the beam holding the gutter that will support the occasional torrential rains, the enclosure is made with fishing nets under tension. The Design Studio defines a space attending to the context and taking advantage of the program. Paraphrasing Rem Koolhaas, the Design Studio is almost nothing so everything can happen. 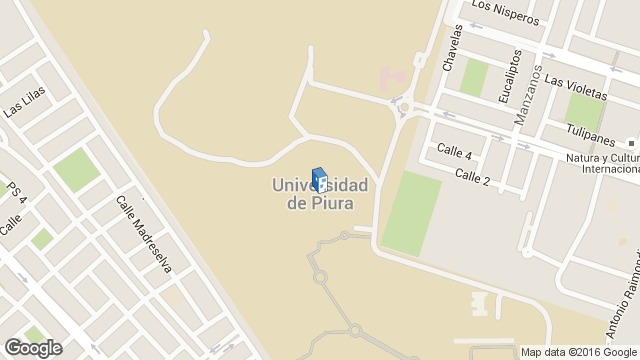 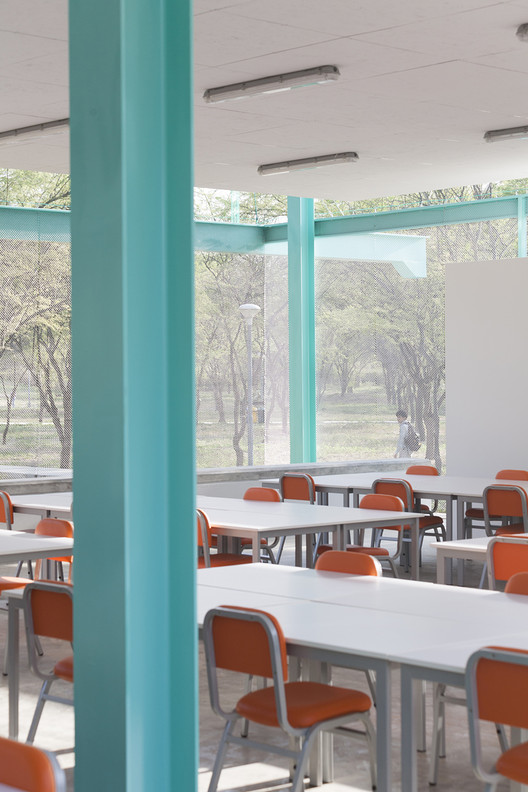