Save
Is There a European Identity in Architecture?
Share
Or
Copy

“There is a certain tradition, history, and continuity that you can read in European architecture”
- Spela Videcnik, OFIS arhitekti

A product of context and history, Europe has influenced the architecture world in a way that perhaps no other continent has. The continent is the topic of the latest video from the Fundació Mies van der Rohe, produced in relation to their European Union Prize for Contemporary Architecture, in which prize-nominated architects from 16 European cities are interviewed on what they believe brings them together, and what makes them different.

As a US citizen who has previously lived in Europe for two years, I was struck by the essential question prompted by the video: “Is there a European identity in architecture?” And if so, what exactly is it? To try to answer this question, I sat down with ArchDaily’s managing editor Rory Stott - a Brit - to debate differing perspectives. 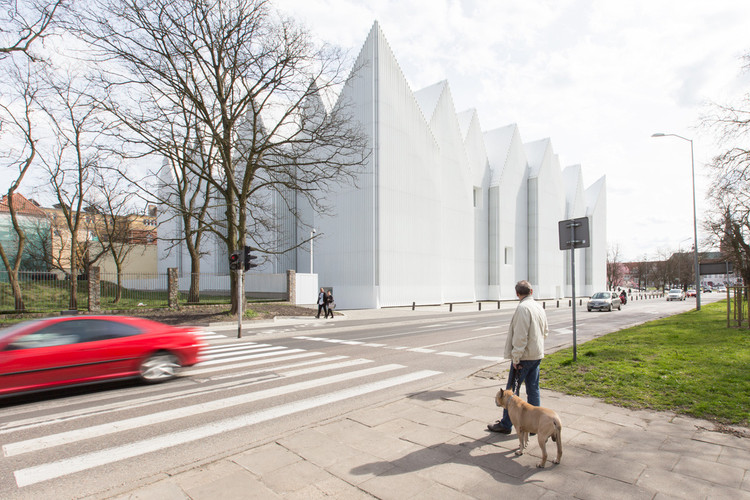 “European identity can be understood as awareness within its context”
- Kamiel Klasse, NL Architects

Europe certainly has a long tradition of architecture extending back to ancient times, and those traditions have led to unique solutions to architectural problems in the various nations of Europe. It is evident that successful architecture takes inspiration from its physical and historical context. Yet is this approach truly unique to Europe? American architects such as Rick Joy in Arizona, for example, have taken inspiration from traditional Native American adobe techniques when designing buildings for that region. Additionally, in the mid 20th century, many European architects subscribed to the International Style, famous for its anti-regionalist views, which perhaps seems to be a more direct influence on present-day European buildings than their historical sources.

In the video, Fabrizio Barozzi states, “I see European architecture as more of a collage of entities, than of one single identity.” This implies that each unique European country’s architectural identity can only exist in its given location. On the other hand, Bjarke Ingels claims, “The work that we are producing, which you could argue would be Danish architecture, is actually created by people from all over Europe working in Copenhagen.” If European architecture is rooted in local identity, how could someone from a different culture help to create and inform that country’s identity? There are many non-Europeans also contributing to projects in Europe. Would those projects not count as European architecture? The world in which we now live is global, and while identity of course stems from context, the approach Europeans take to design might not be as dissimilar to the rest of the world as the video implies.

It is true that the world is increasingly global, and true that societies are becoming increasingly mixed along with this. But must this destroy local identity? I don’t believe so. The potato and the tomato are South American plants; does that make potato stew any less Irish or bolognese any less Italian? Incoming cultural influences are assimilated, creating a new local identity, as has always been the case.

Contrary to its history of food import, the history of European architecture has been one of export, whether that refers to Classicism, Gothic, Art Nouveau or Modernism. While much of the rest of the world has been expected (often forced) to assimilate European ideas of architecture into their own culture, I would argue that it is continuity that is the dominant force in European architectural identity - this applies even in the case of that great break with history, Modernism, where for most of Europe the historical break was powered by internal forces rather than by external imposition. What does this mean for modern architects? It perhaps offers a certain level of freedom from the expectation to produce “critical regionalism,” always a faintly orientalizing (even if not necessarily unwelcome) concept.

To jump on to your food metaphor, I agree that Europeans have been successfully sharing ingredients from each others' architectural pantries for longer than any other continent, but there are other countries in the world which have too become architectural melting pots. The United States grew urbanistically with a design-force largely made of immigrants. Presently, newly rich countries like China and the UAE are constructing numerous buildings designed by Europeans. At what point does labeling a style as being from a certain place become self-fulfilling? Just because something is built in Italy, does that mean it automatically is of an Italian identity? In the video Kees Kaan claims, “If we are European, if we behave as Europeans, we automatically make European architecture, because our architecture is a reflection of our culture, of who we are and how we live.” This seems to suggest to me again that the current European identity is a combination of an inherent human design sense and an environmental response, more than a visual or spatial approach. And due to our modern communication network, as we continue into the future, more and more external influences will start to shape design habits, in Europe and worldwide. Jurgen Mayer offers: “We need to understand that the programmatic rethinking of buildings is something that is going on all the time in history.” As this rethinking continues to occur, the European broth will continue to be flavored with foreign spices. European identity may still exist, but in each passing day it is the weakest it has ever been.

Perhaps you’re right; or perhaps the “weakness” of European architectural identity is precisely its strength. Not so long ago, I had a conversation with a Venezuelan friend in which he told me that in his view South American countries were too different to establish an organization similar to the European Union. Imagine - Brazil and Colombia apparently have cultural differences greater than Spain and Finland; there’s more historical bad blood between Chile and Bolivia than between Germany and Poland. I told him that on the contrary, if South America can’t find the motivation to form a union, it’s because they haven’t come close enough to completely annihilating each other to see the benefit of working together.*

If Fabrizio Barozzi can today talk about “a collage of entities” or Stephanie Macdonald can compare European architecture to a family of identities, it is a similarly miraculous inversion of history’s violent status quo. With architects often falling on the progressive, inclusionary side of the political and cultural rift that currently defines life in the European Union, it’s perhaps worth remembering this contribution to the video by Jurgen Mayer: “Architecture today is a bridge between the past and the future. It’s something that relates to the historic heritage but also provides a vision of where we want to live, how we want to live, and how the architecture we want to live in should look.”

That an Italian could quite comfortably produce Danish architecture, or an Iranian can be a leading European architect is distinct from countries such as China and the UAE importing designs by foreign architects who operate out of foreign countries. And, while it is maybe not unique to this region of the world, it hasn’t been seen at such a scale since the early 20th century, when (as you correctly identify) the United States of America was a proud melting-pot of immigrant cultures. If this is the true identity of European architects, or at least the goal towards which they are striving, then the Fundació Mies van der Rohe and their prize for European Architecture are something to be celebrated indeed.

A European identity may or may not still exist, but what is certain is that the continent is home to some of the world’s most successful buildings and insightful architects. To see videos of the full interviews with the architects in the above trailer, and to read more about the Mies Van Der Rohe Award, visit the foundation’s website.

*The Unión de Naciones Suramericanas (UNASUR) has made significant strides in uniting South American countries, however whether it will be able to transition to being a full EU equivalent is debatable. 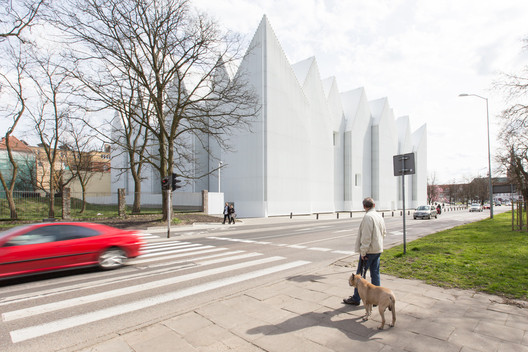