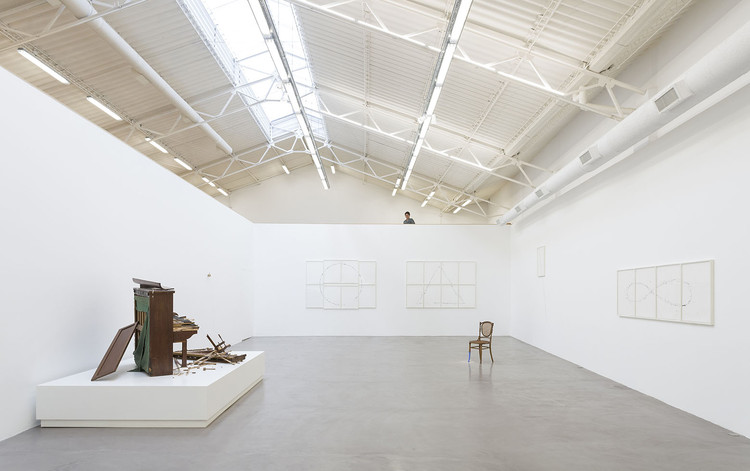 Text description provided by the architects. LIGHT AND TRADE

The project was designed for a warehouse space constructed in the mid-20th century on Ramírez de Velasco Street, between Darwin and a crossing of the San Martín train line. The drab facade in no way suggests the vast space that stretches out towards the center of the block. For many years, this large industrial vessel full of air and light was used to store industrial parts.

The aim of the project was to turn this space into the fourth seat of the historic Galería de Arte Ruth Benzacar. It would face the difficult challenge of coming after the underground space at 1000 Florida Street—a venue that played a key role in Argentine avant-garde art for thirty years and the space from which the gallery gained international prestige. The move leaves to memory the skyscrapers of downtown, the most famous walking street in Buenos Aires, and the woodsy Plaza San Martín. In the new district, the gallery finds the high grasses that grow along both sides of the tracks and a tangle of small paved and cobblestoned streets, low houses, and old factories. The move coincides with a number of important changes in the city’s artistic geography; it reaffirms Villa Crespo as a new focal point on the local art circuit.

The project is, in essence, an intervention that uses existing elements and spaces rather than forcibly imposes an ideal. It makes use of everything that was in working order; the distribution of the space, as well as ways of exploring it, reflect the warehouse itself.

The concrete slab floor is a continuation of the asphalt of Ramírez de Velasco Street, where that plane begins as it rises over the sidewalk and the large garage door that serves as the gallery’s entrance. The same surface then works its way inside the space, forming the exhibition wall in the back. The concrete on the floor was brushed to remove any notches, smoothing out the nearly 50 cm. slope over the length of the terrain.

The primary architectural decision was to construct a room in the middle of the warehouse rather than “to dress the warehouse up” as an art gallery. It was on the basis of that decision that the functional needs of the gallery housed in different spaces were conceived and organized. The northern half of the main space was compartmentalized on the basis of a pre-existing loft. Four-meter-high brick walls were built around the other half to give shape to the primary exhibition space. These walls also served to do away with the original walls’ columns and irregularities. Specifically constructed for the project, the immaculate plaster walls provided a way to eliminate the floor boards and electrical fittings that would interrupt their surfaces.

Located on a low loft and connected to the main space by stairs reached through pivoting doors, the service areas and backrooms formulate different ways of exploring the space. The main stairway, which leads to the office area, is concealed by one of the new walls mentioned above. Thanks to its generous dimensions and large landing, this space can be used by artists and the gallery’s staff. Perhaps the gallery’s most distinctive detail is box seat-like space that stretches along its perimeter, a space from which the exhibitions below can be observed; this space is the result of the staircase meeting the loft at a right angle. To the left, the offices look over the large exhibition space. Both are bathed in light that comes in through the skylight and runs through the core of the warehouse space.

In the design, we were fully aware that the mission of the project was to allow for an array of subjectivities that would find multiple meanings in both the new bricks and the old exposed beams and tin roofs. The primary attributes and intentions of the project were silence and translucence. The white warehouse takes precedence over the white cube in material, urban, and symbolic economies. The ambition of the project is to possess a spirit contemporary with the works it houses. 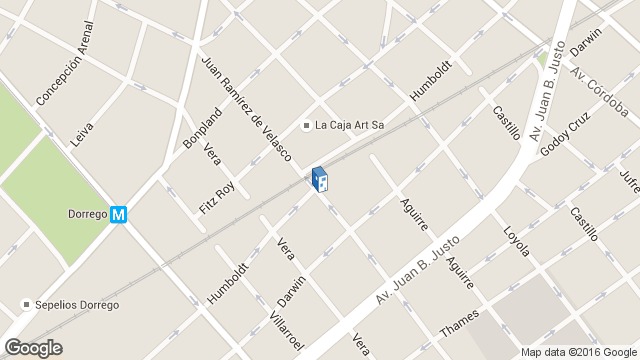