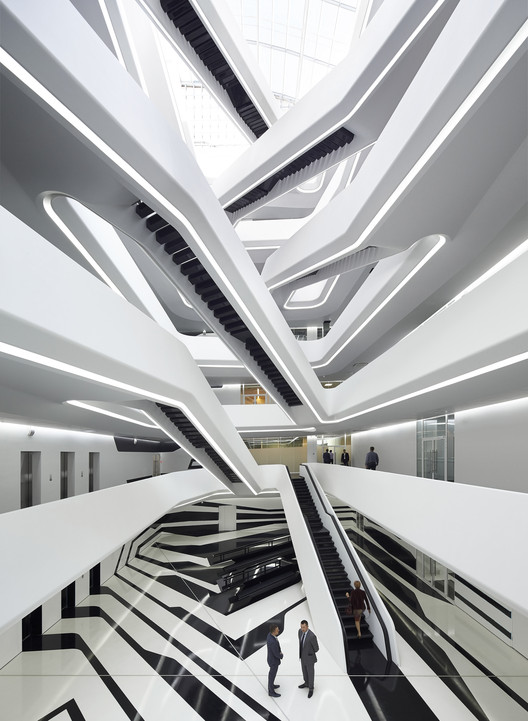 Text description provided by the architects. Located in Moscow’s Sharikopodshipnikovskaya Street, next to tram and trolleybus stops and near Dubrovka Station on the Lyublinskaya Line of the Moscow Metro, the Dominion Office Building is among the first of the new projects to be built for the growing creative and IT sectors in this primarily industrial and residential district in the southeast of the city.

Conceived as a series of vertically stacked plates off-set at each level with connecting curved elements, a central atrium rises through all levels to bring natural light into the centre of the building. Balconies at each level project into the atrium and correspond to the displacement of the outer envelope and a series of staircases interconnect through this central space.

With the ground floor restaurant linking the atrium to the outdoor terrace and Sharikopodshipnikovskaya Street beyond, and coffee/snack areas and relaxation zones on the balconies, the atrium becomes a shared space over many levels that encourages interaction between the employees of the companies within the building. This integration also encourages collaboration between companies of different services and disciplines. Many IT and creative industry start-up companies regard this collective research culture as vital for progress and development, and the design of the Dominion Office Building reinforces this concept with open connectivity throughout the building.

The office spaces are arranged within a system of standard rectilinear bays to offer many different possibilities for small, expanding or large companies. Located on the periphery of the atrium and housing the lifts, fire-escapes, washrooms and service shafts, the service cores provide a degree of privacy to the separate office spaces, with gaps in-between these cores giving some transparency and allowing light to penetrate the into the office areas from the central shared atrium space.

This service core ring around the atrium, together with an additional bay of columns close to the outer envelope of the building, provides the structure. The off-set floor-plates are balanced between the opposite sides of the building. In some zones, columns are removed and replaced with transfer beams to increase the uninterrupted floor space for larger tenants or public programmes 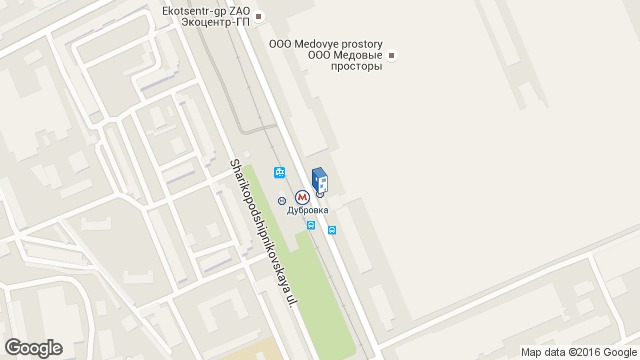