Save
The Films of Daniele Marucci: Architectural Subtleties and the Quietude of Time
Share
Or
Copy

Surpassing the limitations of static imagery, filmmaker Daniele Marucci creates videos that bridge the filmic and architectonic for a richer and more immersive understanding of buildings and their environments. Marucci works with photographer Enrico Cano to share intimate portraits of buildings that slow down our experience by drawing attention to their subtleties. In such practice, we are given the freedom to survey the architecture but also to let our mind wander, to daydream. Often working in remote locations, the frenetic speed of the city is forgotten when a new intensity takes hold. 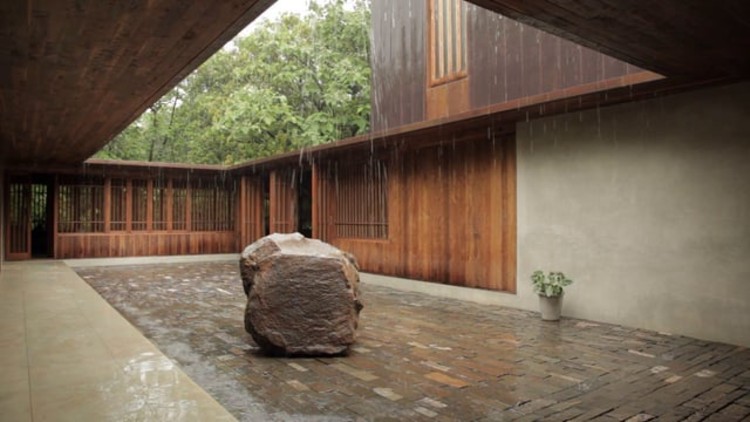 The following videos and the one above feature six projects: Copper House II, Chondi, Maharashtra, India, and Palmyra House, Nandgaon, Maharashtra, India, both by Studio Mumbai Architects; Primary School in Gando and Secondary School in Dano, both in Burkina Faso, both by Francis Kéré Architecture; the Sports Innovation Center “el Anillo”, by José María Sánchez García Architecture Office; and the Intesa Sanpaolo Office Building, in Torino, Italy, by Renzo Piano Building Workshop. In the latter, the rhythmic quietude of time slowed down is contrasted by the world shown at hyper-speed. While most of Marucci and Cano’s videos are in bucolic settings, with few, if any people, the return to a city brings us back to the swift tempo of a modern metropolis.