In designing and building multiple successful public buildings in central Africa and around the world, MASS Design Group has employed and guided thousands of local craftsmen, curating the building process to inspire dignity. Now, they wish to help the African people obtain the skills necessary to guide the process themselves. At the United Nations Solutions Summit this Sunday Christian Benimana, a program director for the non-profit design studio, will present plans for what they are calling the “Bauhaus of Africa”: three “African Design Centers” to be built over the next 10 years in strategic locations throughout the continent. The design centers will house an education program tasked with training a new generation of African architects - a workforce certain to be indispensable as Africa enters a period of unprecedented urban growth.

The population of Africa is projected to grow by over 1 billion people over the next 20 years, a trend that will necessitate many new buildings and infrastructure systems. Yet in spite of this immanent growth, there are just 35,000 architects and designers in Africa, less than a quarter of the number in Italy. Benimana, a Rwandan native, had to attend architecture school in China because of the lack of education opportunities at home. He believes that Africa will only succeed by empowering its own people and creating a system where the youth can thrive. “We have to build the creative leadership that will make Africa equitable and just,” he claims.

The inaugural African Design Center, planned for Kigali, Rwanda, will feature the “interdisciplinary and field-based model” that will “professionalize the skills of top emergent talent.” Fellowship positions will be given to designers deemed to be most promising. The building itself will be built with similar methods to their earlier projects, such as the Butaro Hospital, which used scientific research to guide design decisions and employed workers to use local materials in innovative ways.

The project’s self-comparison with the Bauhaus is certainly one meant to catch attention, but it is also a wise choice of institution to emulate as both projects were spurred by regional political and demographical changes. The Bauhaus emerged after the fall of the German Monarchy opened up avenues for radical cultural experimentation. Here, the African Design Center has been designed to respond to the need for radical innovation in the face of population growth. And while a large deal of the success of the Bauhaus can be attributed to its leader, Walter Gropius, with his keen design sensibilities and unwavering architectural philosophy, the African Design Center seems to have similarly fearless and principled leaders in Benimana and MASS. But while Gropius adapted architecture for a world of “machines, radios and fast cars,” MASS’ “Lo-Fab” (short for locally fabricated) design philosophy centers around human-centered design, with the belief that “architecture must have a transcendent idea to effect systemic change.” 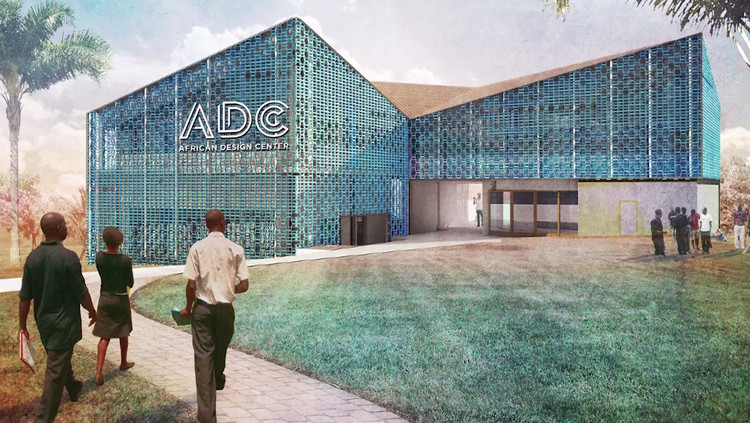 Only time will tell if the African Design Center can live up to these lofty claims. With the proper leadership and nurturing, it just might happen. As Benimana says, “It is time to harness the spirit and talent that is uniquely African.”