Save
Nursery and Primary School in Saint-Denis / Paul Le Quernec 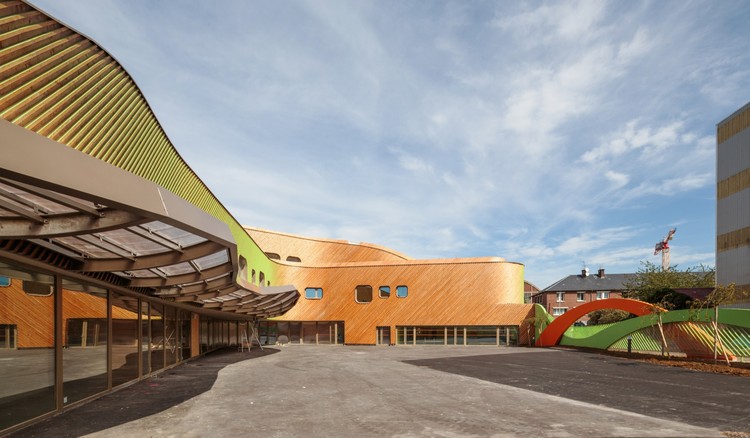 Text description provided by the architects. The school « Niki de Saint-Phalle – Petits Cailloux » is composed of a nursery with eight classrooms, a primary school with ten classrooms, a school cafeteria and a recreation centre. The building has three levels and a basement which contains a service room. For an equal allocation of the access and connections to the different units, the construction site has been divided into six parts: three outdoor (entrance, nursery playground and primary playground) and three indoor (nursery school, primary school and school cafeteria with recreation centre). From this division results a clover-shaped building that offers, in addition to convergent and economic corridors, a very good connection between the inside and the outside (many views, points of access and a very intuitive orientation)

Inside the building, considering the teaching difference between the nursery school and the primary school, we developed two spatial designs as different as the right brain can be from the left. Our brain hemispheres are symmetrical, but not identical, because of their distinct vital functions. This building is symmetrical as well only in appearance. The fact of entering the school in diapers and leaving knowing how to read, arithmetic, science, and geography perfectly illustrates how huge the gap is between these two aspects of schooling.

The nursery classrooms are systematically composed of three circular spaces with three different diameters and ceiling height. The primary classrooms are square shaped with a side completely “vitrée” (made of glass?). The pore spaces between the circles are used for storage allowing more area for the classrooms.

The multi-purpose nursery room is circular with a half spherical ceiling and the primary one is square with a pyramidal ceiling. These two huge spaces open onto the playgrounds and benefit from large overhead lighting. Also by opening onto the corridors, they contribute to the natural indoor lighting and the ease of orientation in the building with the transparencies between the inside and the outside.

One of our priorities was getting around and ease of orientation in the space. From the entrance, the clover shape structure of the hall enables the visitor to see straight to the two playgrounds. Once in the hall, three accesses converge from the nursery school on the right, the primary school on the left and the recreation centre in the front by the large stairs surrounding the elevator. The hall pierces the entire height of the building and is lighted by overhead lighting. Two spheres in suspension animate this great void: each sphere is a reading space belonging to the libraries of the nursery school and the primary school. We wanted to make a statement by positioning “the book” at the epicentre: the suspension in the void suggesting the elevation by knowledge.

Considering the construction’s proportions, the treatment of its facade wasn’t easy. To avoid monotony and a fixed facade, we designed a wooden cladding system with battens that changes as the visitor goes around the building: the inferior facet of the battens is painted orange, the superior is painted apple green and the front facets are left rough. This way, the frontal view of the facade is completely neutral and its neutrality recedes as the look becomes oblique. The main facade looks green when we enter the school and orange when we go out. This effect is an initiation to the optic illusions which have great educational value for training the mind. Every choice made on this project has been done considering their impact on children’s psycho-motor development. 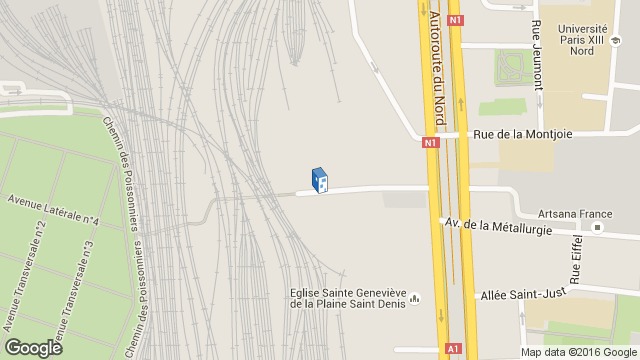