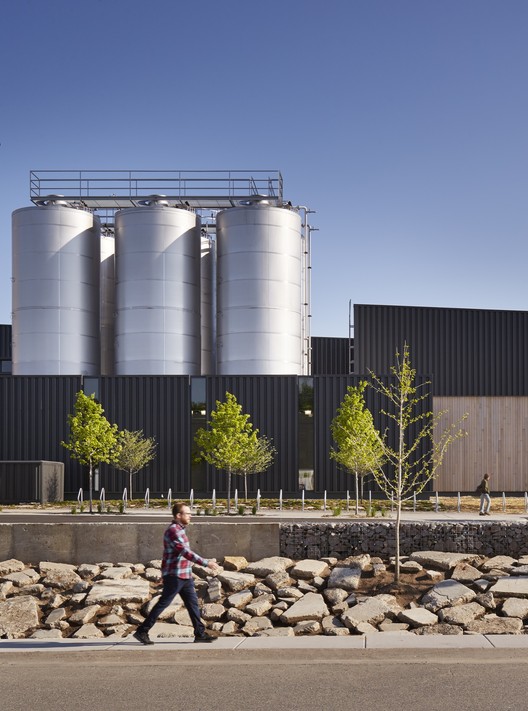 Text description provided by the architects. Surly Brewing MSP is designed as a destination brewery that combines varied public gathering areas and brewery production in Minneapolis’s Prospect Park neighborhood. The 8.3-acres project is located on a brownfield site and comprised of 7 separate parcels of land divided by the municipalities of Minneapolis and Saint Paul. Planning for the project focused on both the brewery operations’ initial and future needs – the facility is designed to account for upwards of 200% expansion on the site.

In the design the building features streamlined massing tailored to fit the program and culminating at the gardens. Corrugated metal siding complimented with red cedar accents reflects the industrial character of the neighborhood and importantly, the Surly brand. The design concept, based on transparency throughout, was developed to put the brewing process on display to ensure the patron is immersed in the brewery experience from multiple touch points within the building and garden.

Visitors arriving from car, mass transit, bike or foot are channeled to a central entrance plaza anchored by a fire cauldron on one end and fountains at the other. The plaza choreographs an entrance experience leading to the front door of the facility. From there, visitors are introduced to part of the brewing process in the entrance “chamber” with dramatic floor-to-ceiling glass walls framing views of the fermentation cellar. Further into the space, an open beer hall with long drinking and eating tables features window walls that look into the brew house (the heart of the building) at one end and out to a beer deck and gardens at the other. On the west side of the beer hall, an operable glass wall lifts and slides, allowing a free flow of space 10 feet high by 40 feet wide from interior to exterior as visitors wander out to the deck, beer garden and amphitheater.

At the upper level, the space is divided into a more formal restaurant and an event center, named Scheid Hall in honor of the late State Senator Linda Scheid who helped author the “Surly Bill” that allowed brewers to sell their product on their premises.  The event center includes a pre-function area and bar overlooking the beer hall and brew house.  The restaurant and event space additionally have exterior deck space on the second level overlooking the amphitheater and gardens below.

Throughout the building and site, strategic connections link people to one another and the brewery. With a carefully choreographed tour route and curated graphics, visitors are immersed in the Surly Destination Brewery Experience—a brand in and of itself.

The project followed LEED guidelines for the site and building. Among the project’s many “green” features is the connection to multiple modes of mass and alternate transit and accessible proximity to both Minneapolis and Saint Paul’s downtown’s. Additionally, the brewery replaced a “brownfield” industrial site that had become a magnet for graffiti and dumping. Existing site contamination was remediated, and a majority of materials from the existing foundations were salvaged in place, recycled and incorporated into the landscape design. The facility has transformed the existing urban site into a community amenity featuring gardens and gathering areas, retail, entertainment and employment. As the first regenerative “greening” project in the neighborhood, Surly Brewing MSP serves as the catalyst for future sustainable and economic development. 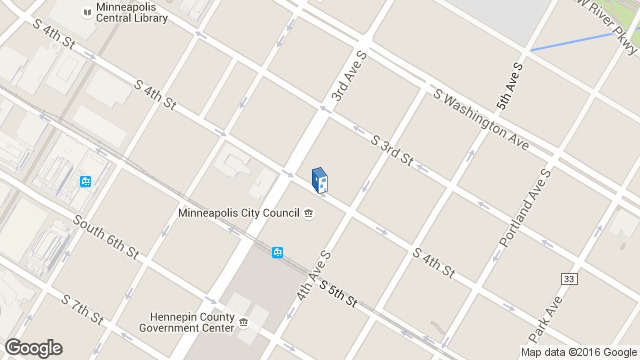 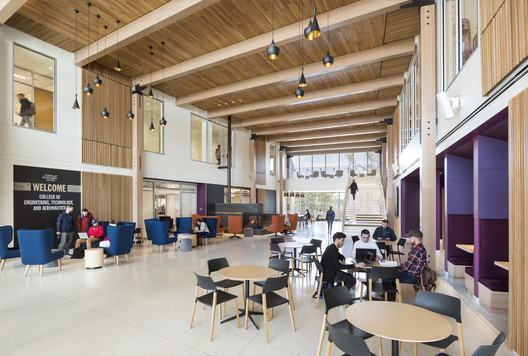