Russian artist Nikolay Polissky has completed yet another of his impressive, handcrafted installations. Located in Zvizzhi Village, in the Ugra National Park in Russia, Polissky’s newest creation—called SELPO, which stands for The Rural Consumer Association, in Russian—wraps around an abandoned soviet building, which used to house the village shop.

The project utilizes off-cut materials from Polissky’s previous work, which has ranged “from temporary pieces of landscape proportions, collectively created […] to public art works in city parks or sculpture parks […] in Europe and in Russia, as well as museum installations.” 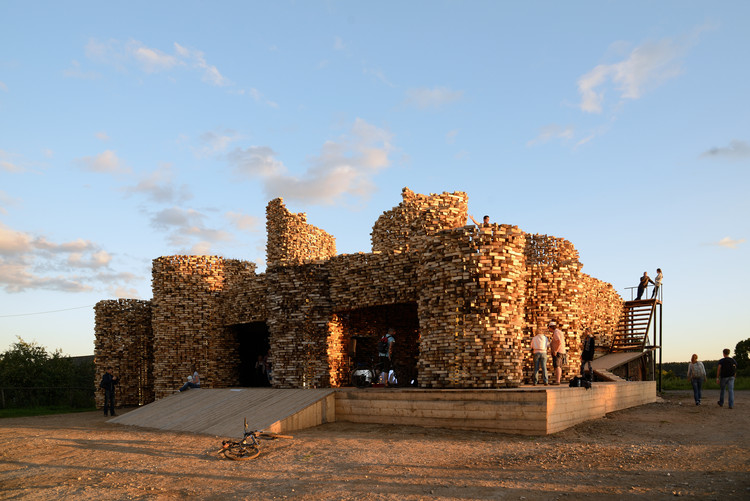 Over the past 20 years, Polissky has worked in the nearby village of Nikola-Lenivets, creating what he considers, “a technology for the cultural resuscitation of the village”—by involving locals in his building processes, Polissky has helped to transform the community by reducing unemployment.

Polissky has additionally helped to launch the Nikola-Lenivets Park’s artists’ community, which has brought in architecture festivals like the Archstoyanie, and the biennial New Media Night festival for digital arts.

Learn more about SELPO, and more of Polissky’s work, here. 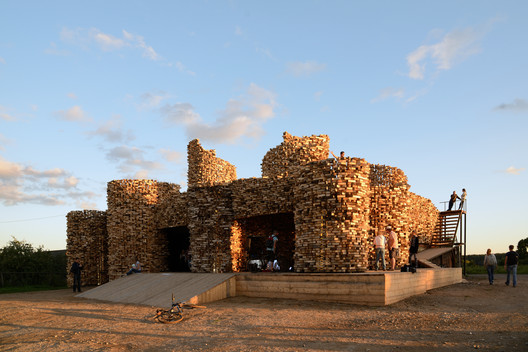