Following the ground breaking last December, construction has begun on Zaha Hadid’s One Thousand Museum in Miami, with 9,500 cubic yards of concrete already poured. Designed in association with the local architect of record, O’Donnell Dannwolf Partners Architects, the residential skyscraper will rise 62 stories, comprising half- and full-floor residences, duplex townhomes, and a single duplex penthouse, overlooking Museum Park and Biscayne Bay at 1000 Biscayne Boulevard. As a burgeoning area, Museum Park—once called Bicentennial Park—is home to the Peréz Art Museum Miami and will soon be home to the Frost Museum of Science.

“Once complete, One Thousand Museum will be the first building in the country to utilize […] glass-fiber reinforced concrete (GFRC) outer shell as a permanent formwork,” according to the architects. Throughout the earlier stages of the building process, over 4,800 pieces of this exoskeleton will be shipped in from Dubai.

As Zaha Hadid’s first residential tower in the Western Hemisphere, One Thousand Museum is slated for completion in 2017. Learn more about the project here. 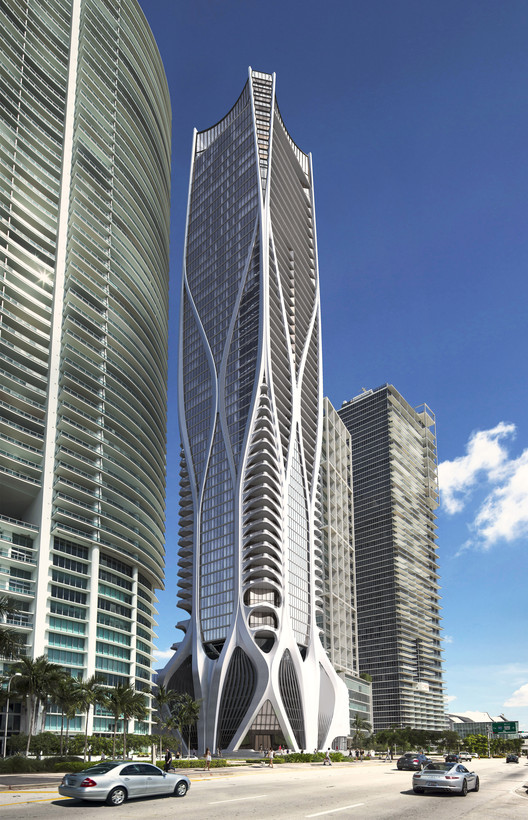