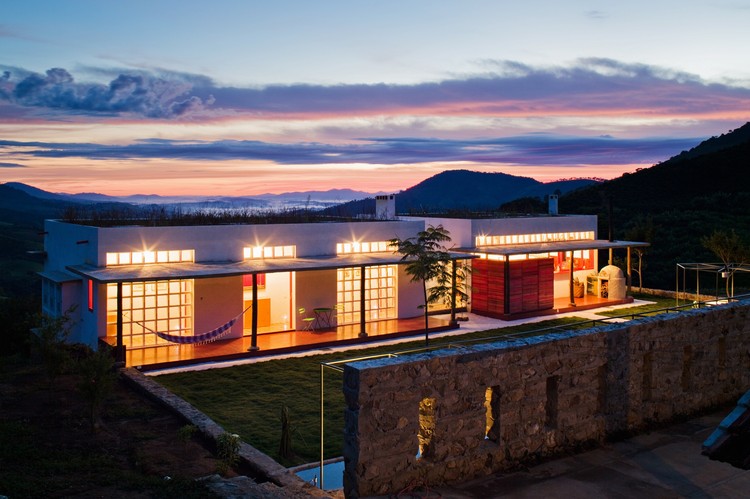 Text description provided by the architects. In its implantation, the house lies at the end of a plateau formed by the rugged landscape of the Serra da Mantiqueira in Minas Gerais.

A concrete wall delimits the contours of that level. The layout on the ground organizes its occupation, guaranteeing a small protected on one side and the immense panorama of the sea and the hills on the other.

The house is built on two blocks, volumetrically different and functionally defined: living room, dining room, kitchen and hall on the first volume, and bedrooms on the second.

The volumes are aligned linearly and arranged along a longitudinal axis, connected by a glass bridge. This articulation is based on small differences: at the same time it connects and distances the intimate and social environments.

Similarly, the two blocks unfold to the center through the garage and terrace, revealing their appearance differently to the outdoor garden.