Earlier this month, after viewing the contenders in the US World War I Centennial Commission’s competition to redesign the National World War I Memorial in Washington DC, organizations like The Cultural Landscape Foundation began to began to voice their opinion regarding the reach of the competition. With the cultural importance of the site in mind, such organizations had hoped that the redesign would maintain the existing Pershing Park, but were disappointed to discover that the majority of the competition’s design proposals seek to demolish the existing landscape.

Although left off of the competition’s shortlist, KAMJZ Architects’ proposal for the World War I memorial addresses these concerns by leaving Pershing Park almost completely intact. Leaving alone the park’s seating areas, agora, and landscaping, the design proposal unifies the park by adding an outer ring of trees “along the borders of the site [to] provide an acoustic barrier from the noisy adjacent streets.” 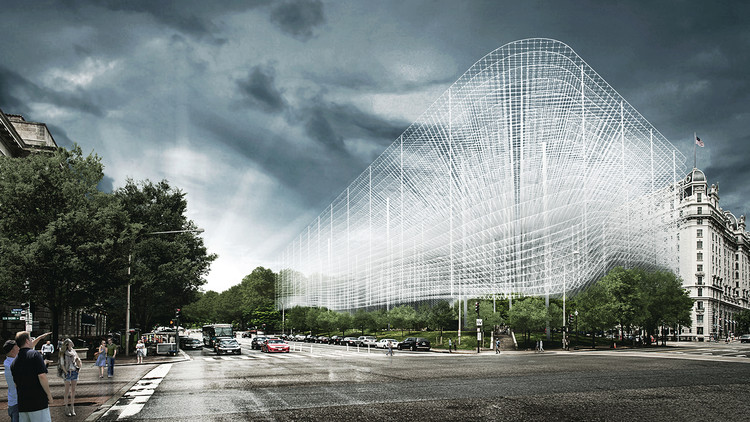 While the park remains mostly untouched, the centerpiece of KAMJZ's design is the hovering lattice of stacked roofs, which would span over the entirety of the park, creating a visually striking “covered green area in the middle of city center.”

As stated by the architects, “the result is a subtle icon which does not try to compete with other important nearby-located American symbols, but at the same time is attached to the urban tissue by referencing the form of adjacent building heights. By resembling a dissolved surrounding building, it becomes a representation of the impact of WWI on American society.”

Notwithstanding its status in the competition, the design proposal thus provides a compelling alternative view on the greater idea of the memorial. Learn more about the project, here.

Charles Birnbaum on the Need to Save DC's Pershing Park 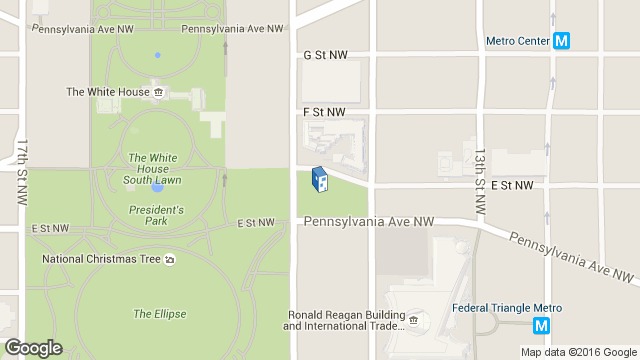 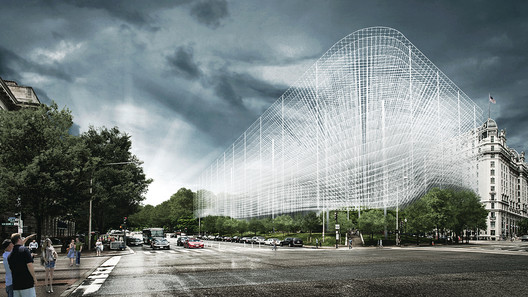