Last May, we published an open call for the redesign of the National World War I Memorial at Washington DC's Pershing Park, situated between the White House and the Capitol on Pennsylvania Avenue. Opened as a park plaza in 1981, the park’s current state is in need of renewal.

The competition, hosted by the United States Federation for the Commemoration of the World Wars and sponsored by the World War I Centennial Commission, received over 350 entries. While these entries did generally follow the guidelines they were given, most of the designs incorporated the complete demolition of the park.

Now, because the park is one of the most significant works of Modernist landscape architect M. Paul Friedberg, with planting plan designs by Oehme, van Sweden & Associates, landscape architecture organizations like The Cultural Landscape Foundation are speaking up against the possibility of demolition.

In an article by ARCHITECT Magazine, president and CEO of The Cultural Landscape Foundation Charles Birnbaum discusses “the significance of Pershing Park, and how the 350 contenders for the design competition do not reflect that.”

Read the full interview, and learn more about the history and restoration of the park, here. 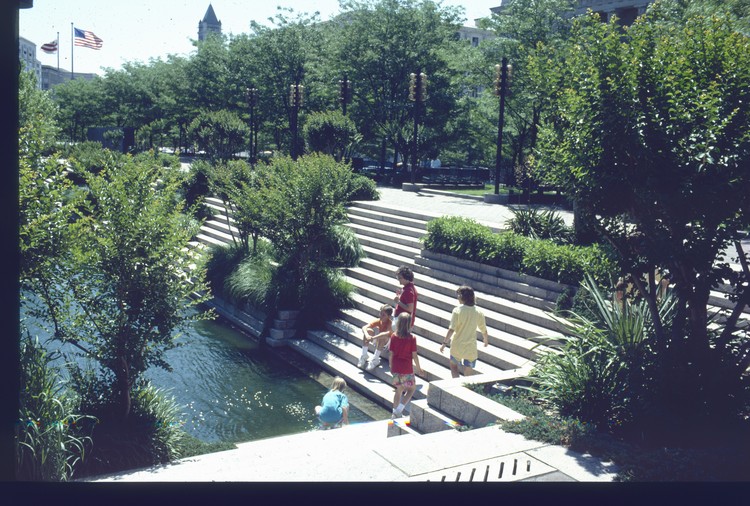 News via ARCHITECT Magazine and The Cultural Landscape Foundation.

Correction notice: This article originally incorrectly stated that Pershing Park had its origins in 1791 with Charles L'Enfant's plan of the city of Washington, based upon a misinterpretation of information from the Cultural Landscape Foundation. This has now been corrected in favor of the more recent date signifying the completion of Pershing Park in its current form.