In May, the US World War I Centennial Commission launched its design competition for the redesign of the National World War I Memorial, located in Washing DC. Though some concerns about the fate of Pershing Park, which currently occupies the site, have been voiced, the competition will continue nonetheless, aiming to fulfill the Commission's stated aim "to transform Pershing Park from a park that happens to contain a memorial to a site that is primarily a national World War I memorial, within a revitalized urban park setting with a distinct sense of place."

After cycling through a first stage of entries, the competition has reached its second stage, which entails a public viewing and commentary of the top five designs, before a winner is selected in January 2016.

View the five finalists, after the break. 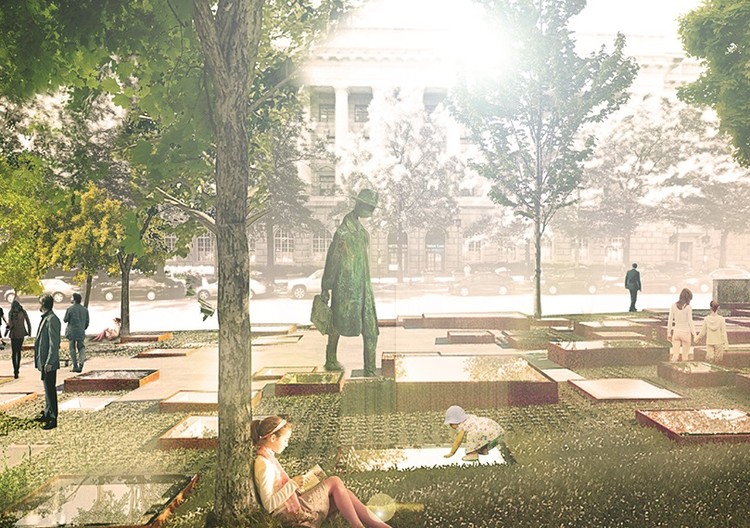 Finalist: The Weight of Sacrifice / Joseph Weishaar of Chicago, IL

News via the US World War I Centennial Commission. 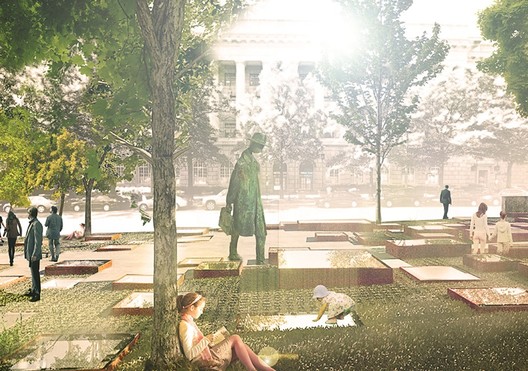