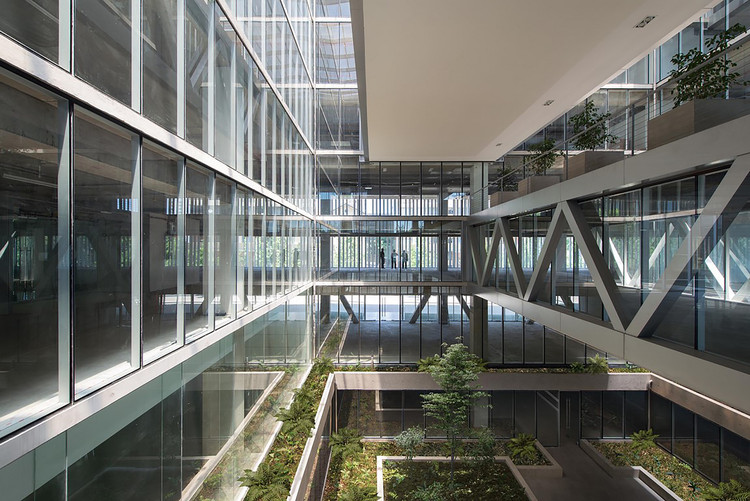 Text description provided by the architects. The new building for the “Ministerio de Desarrollo Social” is surrounded by a complex context, on one hand we have the Santa Ana church, one of the most beautiful expressions of Chilean religious architecture from the XIX century, on the other hand, we have the Norte-Sur highway, one of the most severe urban interventions from the seventies that split the historic town center into halves.

To all this, we have to add a city regulation that allowed the development of gigantic buildings with exaggerated heights and densities that threaten the urban quality of the city.

As counterweight to this chaos, a low and compact piece was proposed, capable of articulating the different requirements that surround it and allowing the coexistence in harmony with the church.

Seen foreshortened it feels massive, maintaining a dialog with the church, seen from the front its facades become light and transparent.

Six of the building’s floors (including a sub-level) serve as offices while the ground floor is designed to accommodate shops.

The vertical circulation core is placed along the church´s  dividing wall, freeing the floor plans that are organized along a central courtyard. The courtyard its crossed by three bridges, which not only give the users access to gardened terraces in different levels of the building, but they also create special complexity defining intermediate scales.

Towards the sidewalks a setback in the façade reinforced by a sunken courtyard or areaway separates upper levels from the ground floor, creating transparencies in the commercial area and allowing the natural light to reach the basement level.

The upper level facades are surrounded by precast concrete vertical elements that act as a shading device towards the west side and as a privacy vail towards the south, where the neighboring buildings are closer. 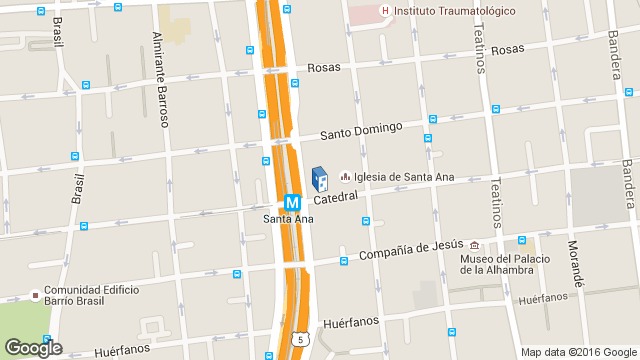 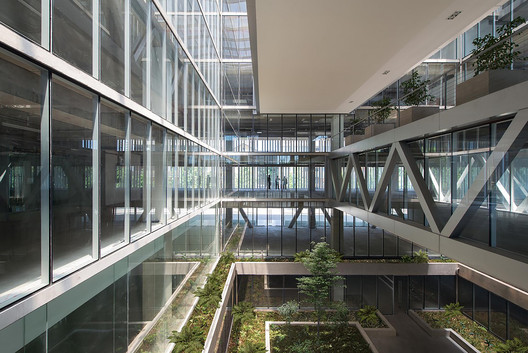