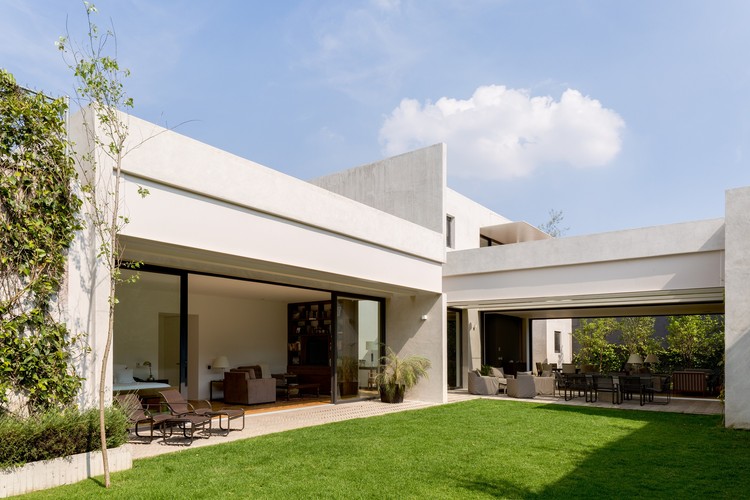 Text description provided by the architects. Garden House is a residential project located in an enclosed area of the San Angel neighborhood in Mexico City.

The house is designed with two facades, one of them very closed to the neighborhood, and the other one much more open to a back garden which also faces south.

Most of the house is designed on a single level, with a guest or play room and service room on the second level.

The house is divided into 3 blocks on the ground floor, one for the most private area, another for the public area and another for services.

With this, the house is open to the garden in an L-shaped scheme, with a single perpendicular component that houses the living and dining rooms, this body of the house is transparent on both sides and can be fully opened, the enclosures can be hidden, thus creating a space with a terrace condition, where interior and exterior become blurred creating a visual continuity in the garden.

To avoid placing supports in this area as in the private area, we chose to integrate steel beams, which keep the clear open and also function as parasols.

In contrast, the service area is much more massive and closed. As a whole, this gives a unique twist to the house, and a variant play of shadows.