Save
What Will the Future Hold for SOM's Modernist Arena in Portland?
Share
Or
Copy 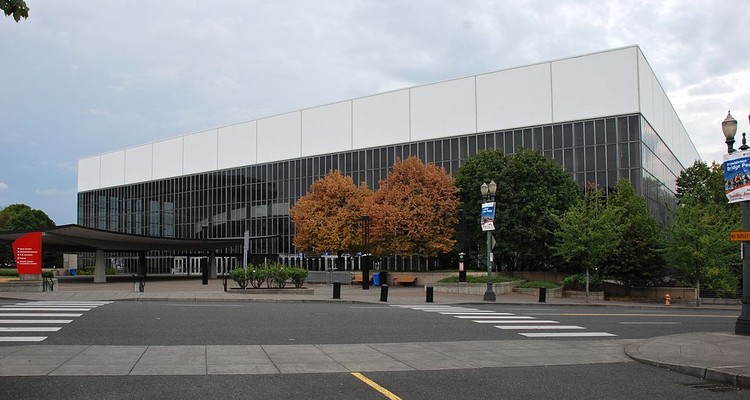 Covering about four city-blocks worth of space, the building is a marvel of engineering, balancing on only four columns despite its large size. Furthermore, as described by the building's own listing in the National Register, “it is the only large-scale public glass-walled structure of its time in the Pacific Northwest.”

As Friends of Memorial Coliseum describes, “it’s not just a building. It’s not just a work of art. It goes back to our core values about who we are as a community, as a city.” This identity not only stems from the building’s rich basketball history, but also its status as a memorial for war veterans, and its incorporation of memorial courtyards.

Estimates for the cost of the building's redevelopment range from $37 million to $89 million, but the city’s available budget for the project is $23.3 million. Thus, over the next few months, the city council will deliberate the fate of the site and decide whether or not to tear the Memorial Coliseum down. To prevent this fate, Friends of Memorial Coliseum recently released the above video to explain the cultural significance of the building, and urging people to help save the building by voicing their opinion.

News via Friends of Memorial Coliseum, Citylab and Oregon Live.