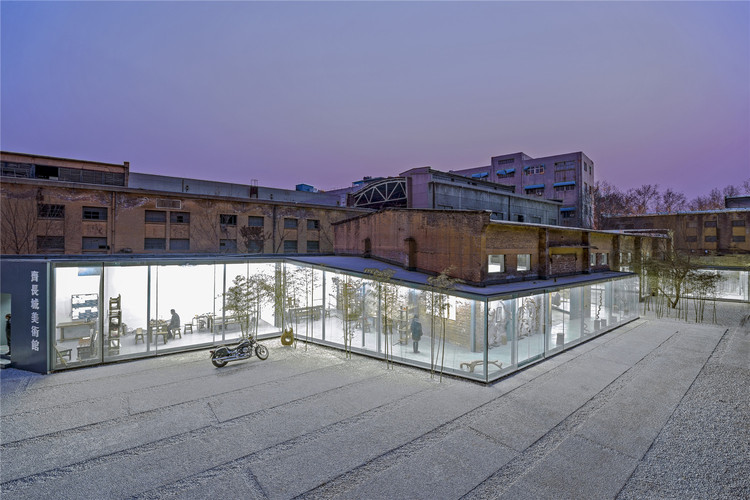 Project Background: There’s a dilapidated industrial factory, not far from Zibo train station, is located behind the bustling downtown. The industrial factory was established in 1943, and it was originally a pharmaceutical factory. However, as the developing of urbanization, the factory was forced to stop and move to new district. All the equipment had been removed, only left a empty factory. After abandoned for years, the factory is now have the turn of fortune’s wheel. The factory had it potential of long-span structure and its earthy texture. It became a desirable place to visit for many artists. Thus, the factory transforms the industrial relic to the contemporary art museum. The reconstruction area is a rectangle shape about 3800 sq./m, include 3 factory and a few unequal-sized storage. It was hardly to see some trees and plant, because there is a civil air defense facility under the concrete floor.

Design Concept: Base on the decentralized structure of the industrial factors and the character of the enclosed exterior; a design lay emphasis on the relationship between exterior and interior, enhanse human interaction with the artistic environment, and to endow the factory with life by its commonality, and flexibility. Creating a traffic path by adding a translucent hallway which connect the interior and exterior of the factory, and it changed the mechanical impression. The sensually curved glassed hallway became a multi-function media, included book store, tea room, art studio, and discussion room etc. as part as the display. Coated glass and gray patterned steel panel lay on the interior and exterior floor, creating a harmony horizontal line. As the visitor walking into the hallway, they will see the scenario that can evolve repeatedly. The building maximized retained the original characteristics of traditional industry design, and interspersed with modern lighting and display walls. Outside, the laid dry and cobblestone grouting with partial tree planting complete the whole environment which acted in cooperation with the interior space.

Significance of the project: With the development of economy and the rapid expansion of urbanization in China, some new building and environment have been created day by day, and the more and more old traditional building have been demolished; However, the buildings still have multifarious methods to make then show its significant and value to the city; and art can be a power that can making change to reality. A contemporary art space should not only served as a gallery, but also need to be a space that embodied multi-functional activity, and serve for more people. Letting cities more “convince”, making art more “lifestyle”. 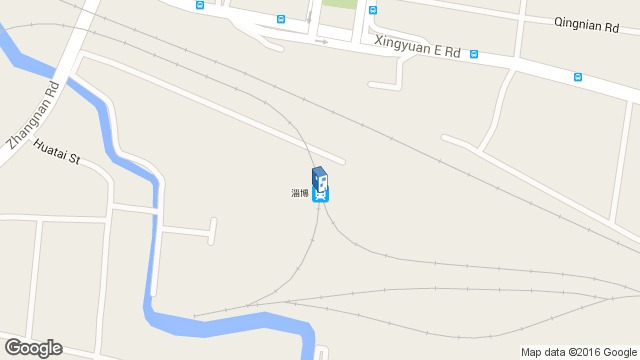 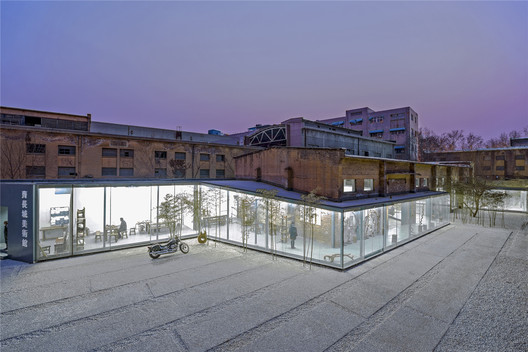