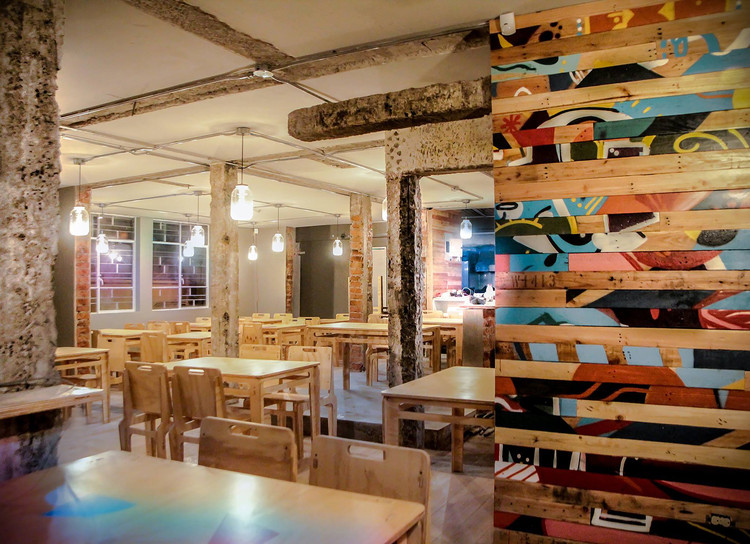 Text description provided by the architects. In a corner lot in the center-north of the city, whose only visible element is a large palm tree and filled with vines and vegetation, enclosure a modern style house built in the 80`s.

On one level, its two main volumes were evident at stake with low crockery connecting them. Over the years, the house has undergone some additions and changes for each of their owners, for several years, it is already remained uninhabited. Now surrounded by shops, offices, schools and housing in height, the use of the property needed to changed.

The initial requirement for this space was a simple and economical executive room, which would service only to employees of a company in the sector. However, since its inception, the project found great potential in the house. At the beginning of the intervention, the spatial volume of the house and showed a place that looked for more, the project changes. It arises then into a Bar Restaurant, which caters to the needs of the sector with a component and urban and cultural environment.

The intention was always to optimize resources, use minimal intervention and reuse the existing.

The process of adapting the space consisted of demolition of walls, discover materials, readjust the spaces and repair the patches that had been done to the house for years, revealing the footprints were left in open space. The space began to take hold and became essential that the materials are exposed and that elements such as walls, doors, windows preexisting whatever they recompose the scene.

At this point, the physical space was ready for the last component of the project: art. This element was the only "foreign" element would be placed, so that all new parts are supported or art itself.

It is a project worth several disciplines during all processes to create the final product and artisanal part integrated into material processing, urban graffiti for new coatings, introduction of reused parts and adapted pieces of micro design from switches, lamps until the furniture.

Many of the elements that were removed from the house in the process of demolition came back to her to set the new space, the windows were welded together and became doors, brick walls now form the subfloor area parking The interior floors that came with the house were polished, plant elements like a climbing plant that now stretches under the cover of the outdoor terrace and palm tree of the 70’s is also retained.

It was defined that the only new coating that runs the serious art space, the task was to define how to implement it; analyzing the process of the work with graphic designers born Glitch; the serious art produced outside the work in panels of 2.20x2.20 armed with wooden staves recycled during a workshop taught by graffiti artists who also would pick up the logo and image of the project, supporting the conclusion of these panels painted Glitch They would be placed after being defragmented, relocating their parts at random, making the integration of the entire space.

-Knitting machine a 6.30 meters long, which spans two rooms making the link between interior and exterior by way of bar counter and outdoor table.

-The bar sink is made with the bottom of a water heater tank, which was in the house.

-Furniture optimized boards or plywood, cut into router, so that there is minimal waste 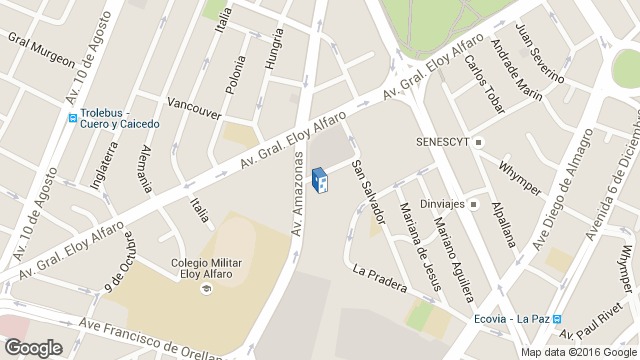