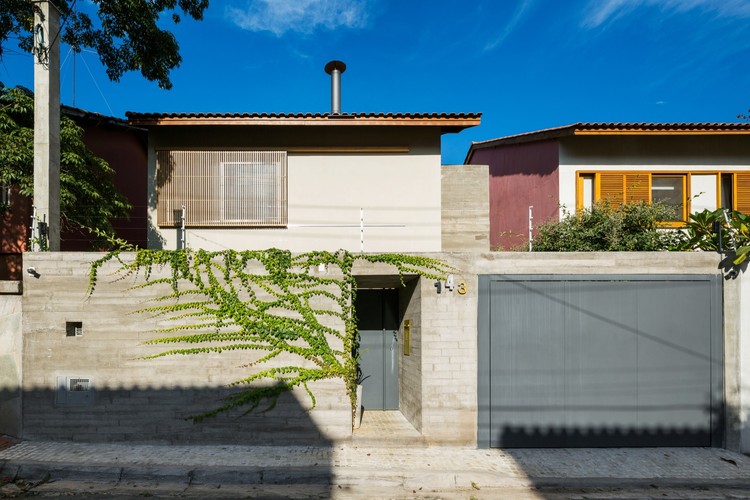 Text description provided by the architects. This project is a renovation of a 1940's house in the city of São Paulo.

The client, a single woman, wanted a more free an fluid space, so almost all of the first floor internal walls were removed. In order to do so, without having to include any sort of beam (iron or concrete) under the slab, a suspended beam was installed on top of the second floor (under the roof). It was attached to a built in rod. So, part of the first floor structure was held by this hidden beam.

That also allowed to create a huge aperture on the back facade that permitted to increase the integration between inside and outside very nicely.  Sliding doors, that hide on one side, raises the effect. The old kitchen was incorporated into the living area, so a new one was built on the side yard, it was covered by a glass roof with a wood slatted screening.

On the second floor, an exposed concrete "box" with the same slatted screening technique is an extension to the master bathroom and closet that rooms also a bathtub.