Save
As WeWork Acquires CASE, the Future of Office Design May Start Today
Share
Or
Copy

"Buildings shouldn't just be a place where you go to do stuff. How can we enable the buildings themselves to be a positive contributor to the activities that happen within them?"

This is how David Fano, co-founder of New York consultancy CASE, explained the logic behind their acquisition by WeWork, the company that provides flexible coworking spaces for entrepreneurs and small businesses. Announced today, the merger could potentially mark a new chapter in the field of office design, as CASE proposes to bring their trademark attitude to Building Information Modeling (BIM) and other cutting edge technology to every space developed by WeWork.

Find out how this acquisition could change the face of Office design after the break. 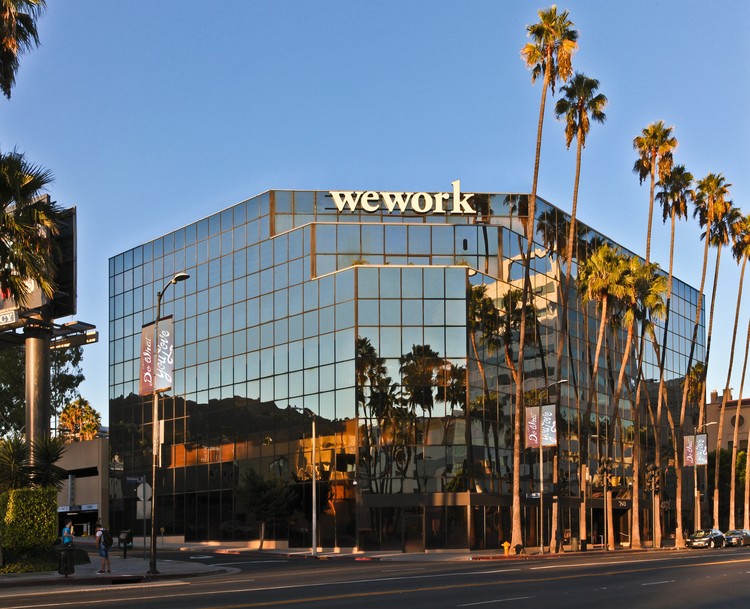 Founded in 2008 by three former members of SHoP, CASE has, in a short time, become one of the leading voices in advocating technology in the architecture field - from developments that can streamline construction such as BIM, to technologies that can improve the user's experience of the building itself. As consultants, they've worked with some of the world's most influential architecture practices in everything from advising on the process of BIM implementation to solving particularly thorny construction problems.

WeWork, meanwhile, has grown since its founding in 2010 to have 25,000 members, and 42 office locations across 15 cities worldwide. According to Forbes, the company is now on the brink of becoming the "fastest growing leasee of new office space in America". Their success comes from not only providing spaces for entrepreneurs, but also opening up all of the benefits of working in a much larger company to small businesses: from cut-price medical insurance, to top-of-the-range conferencing facilities, to foosball tables and pinball machines. And, by encouraging the social and networking opportunities that naturally arise in their coworking spaces, WeWork has grown thanks to its strength as a de facto business incubator.

In fact, it was just such a networking that led to CASE and WeWork's first collaboration: at the same time as Fano, Federico Negro and Steve Sanderson were starting CASE, they were also attempting to get a web start-up off the ground, and were among WeWork's earliest customers. "We were members, four and a half, five years ago and we would come in, hang out with other entrepreneurs and got to know the leadership of the company in the very early days when they were just forming," explains Fano. "We were just friends and it sort of evolved. I had been talking to them about BIM and I said 'look, you guys are a new company, you shouldn't be doing things the traditional way with CAD and drawings.'"

As a result, the two companies have already spent a number of years on collaborations that push the limits of BIM, with CASE working as a consultant to WeWork's internal design team on their new spaces. The merger is a logical extension of this relationship, but for the founders of CASE it's also an opportunity to take their technological evangelism to the next level, as Fano explains to me:

He also adds that "we're barely scratching the surface on all the things we can do," going on to outline the innovations in building processes that they hope to explore at WeWork - including prefabrication, modular construction, direct collaborations with fabricators and the latest materials research.

Finally it's also about the end result, the buildings and the technological systems that surround them, and how these can improve a user's experience:

"More and more we're going to be blending the team that builds all the apps and social networks with the team that designs all the spaces. You could think of WeWork as this platform for the internet of things: what does it mean when you have occupancy sensors, a world where members can control lighting from their phones, or eventually being able to do localized personal comfort with air conditioning?"

According to Fano, "all these things WeWork is uniquely positioned to take on because it's their product offering, it's not just an operational expenditure as a company."

What's striking about the vision outlined by CASE is that it communicates an almost aggressively holistic conception what architecture is; from the software used to design the building to the software you put into the hands of the end users, and from procurement structures to social structures, everything is up for design by architects. This has always been part of the philosophy of CASE, but until now they've been restricted to what their clients ask of them. If even half of what Fano hopes to achieve as part of WeWork comes true, it's very possible that in a few years' time, we'll all be talking about the most innovative office designs coming not from a high-profile architecture firm, but the in-house team of a five-year-old coworking startup.

This, of course, is another element of CASE's unconventional architectural philosophy, as they outlined in part of their Practice 2.0 series for ArchDaily in 2011 - that you shouldn't need to be "An Architect" or even part of an architectural practice to create good architecture. Or as Fano confides to me:

"We're really excited about the fact that there's other career paths for architects... You don't have to be fifty and have grey hair to start an architecture firm or to start a business. I would really like us to be a success story in that sense."

CASE's 10-part series on the practice of architecture