“The Pyramid mediates between ancient traditions and myths, while providing a 21st century reinterpretation of that great form,” said Daniel Libeskind. “The design complements the context and gives the neighborhood a vibrant public space in the heart of the ancient city.”

The 26-story tower will feature 200 apartments, a boutique hotel, a public plaza lined with shops, and a roof-top observatory and restaurant once complete in 2019. 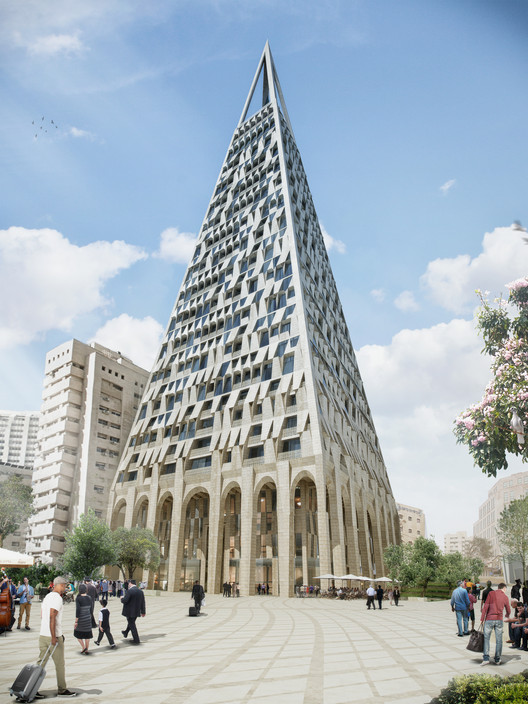