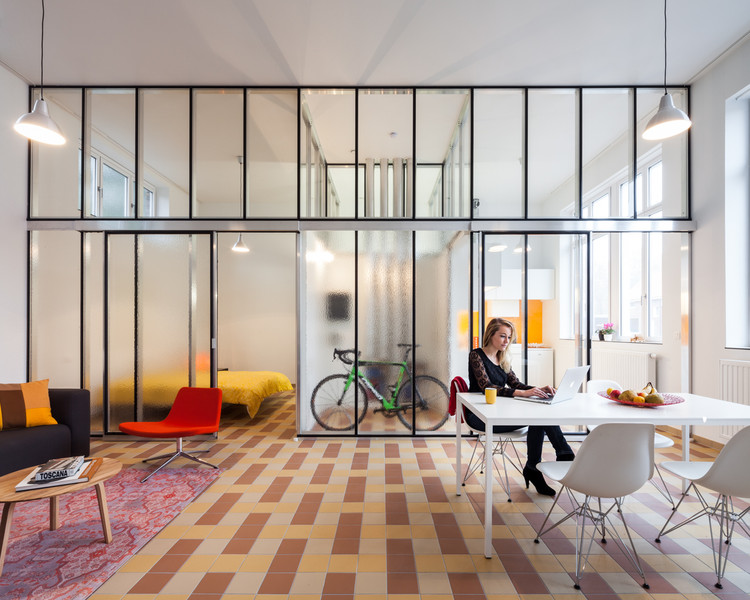 Text description provided by the architects. The client is a local social housing company (named Izegemse Bouwmaatschappij), operating in a town with approximately 27.000 inhabitants. The company rents at present about 450 different housing facilities. The company has sold approximately 950 housings in the past.

The fact that de social housing company works in a local area, creates an intense relationship with the local authority. The idea to transform the old school took place in a common forum, which take place every quarter of a year.

The “Izegemse Bouwmaatschappij” finds it important challenge that the housing programme offers an added value, not only for the users, but also to the environment.

The project concerns the rezoning of a former school site. The two main wings and the gatehouse on the street side were restored and converted to a total of seventeen social housings.

On the south east side the estate was further supplemented with five new terraced houses that follow the materiality and volume of the existing school buildings. The central outdoor space was re-proportioned by hardening a part in order to resemble the earlier playground, and furthermore a park has been created.

To conserve the authentic character and the “collective memory” of the school, the supporting walls, the frame-and door openings and the roofs have been kept intact.

The challenges to transform an old location in a place which offers all contemporary comfort for de later users are multiple : implementing housing regulations (f.e. satisfy different requirements), solve technical barriers, developing a common view in relationship with the neighbourhood, financial feasibility, …

With this rezoning we are aiming to preserve the historical nature of the Heilig Hartschool. In order to organize the living units within the classrooms, for example a separate bedroom, a bathroom and a kitchen, we used greenhouse glass walls. These walls provide both a physical and partly visual separation, but ensure that the original classroom as a nicely proportioned space remains palpable and visible.

The idea of the “bring in” project is tot revalue the proposed area as a social lodging-project with a qualitative public space and sufficient possibility of “accessibility”.

-      Preservation and fortify the spatial quality’s of the exterior and the interior of the former “Heilig Hart School”.
-      The number of houses and housing types must be in proportion to the ability of the site to bear this; there is choosen for one bedroom types in the class-rooms and two bedrooms types at the newly constructed houses. 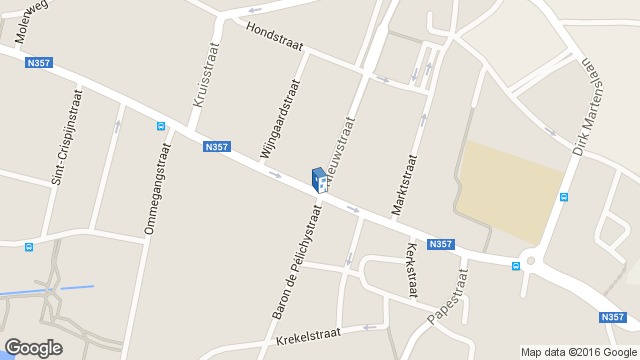 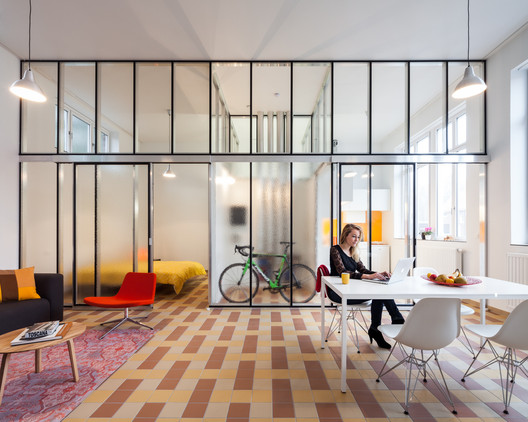