Save
AR Issues: Architects Used to Design Homes for People, Not Investment
Share
Or
Copy

ArchDaily is continuing our partnership with The Architectural Review, bringing you short introductions to the themes of the magazine’s monthly editions. In this introduction to the July 2015 issue, AR editor Christine Murray takes on "the most pressing issue of our time," the global housing crisis, asking "why don’t we shelter the homeless in empty housing? This crisis seems nonsensical when the postwar housing crisis was solved so efficiently."

The architect-designed home is a desirable commodity, that Modernist minimalist bungalow, all steel and glass with a large sofa, the Case Study House complete with swimming pool, MacBook Air and stunning view.

But there was once a different kind of architect-designed home, for people in need of shelter, not investments – and it’s sorely required now. Housing is the most pressing issue of our time, with one in every 122 people in the world either a refugee, internally displaced or seeking asylum – a record high, according to a UN report. Yet cash-strapped states do nothing, build nothing. They stand eyes averted, hands in their pockets.

This is the absurd state of play: occupations, evictions, shortages and surfeits, migrant influxes, mass exodus and a plague of debt; citizens paying mortgages on homes they no longer own. High-rise towers in London with no residents, flats cling-filmed to keep the dust off, no kitchen ever installed.

But not just London; for their own reasons, Athens and Barcelona have a glut of empty properties and a shortage of homes. It is nothing short of inhumane to not solve one of these problems with the other. How can we not shelter the homeless in empty housing?

It seems nonsensical that we should find ourselves here, when the postwar housing crisis was solved so efficiently. The former head of the civil service in the UK described the housing shortage as ‘the biggest public policy failure of the last 50 years’.

Grassroots networks are actively breaking the law across Europe in order to house the homeless and prevent evictions, but crackdowns are frequent and increasing. Governments are trying to stop people from helping each other out of poverty.

When the world stops making sense, there is still joy in the discovery of a well-designed house; its intriguing floor plan, the careful choice of materials, perfectly detailed and well built, as found in Fayland House.

As the jury made its decision to award David Chipperfield Architects with this year’s AR House Award, they discussed the potential controversy of celebrating a home with a very large budget in the current social context of this year’s prize.

But if you can design the perfect house, then you can design anything. The house as a type has more than once been likened to a city, with its mix of public and private spaces. It is an ideal test of an architect’s skill.

We need architectural ingenuity to tackle the housing crisis and answer the crucial questions: how should we live together and what kind of people can we be? 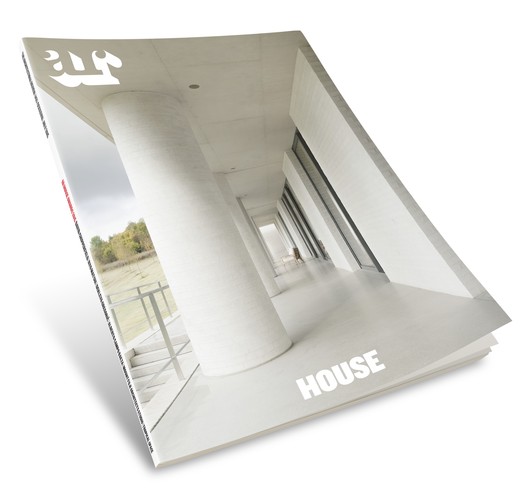