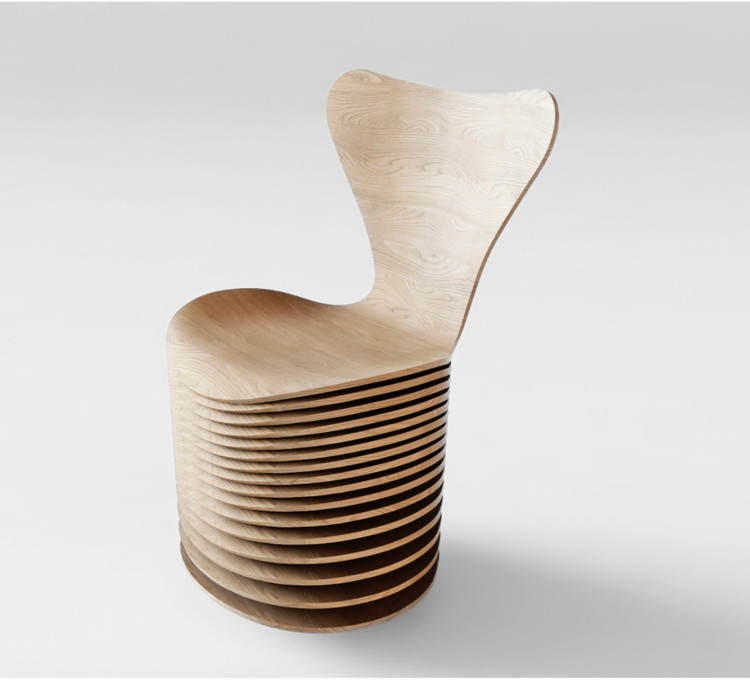 Inspired by the chair's layered veneer and stacking capabilities, BIG's Series 7 redesign resulted in "a subtle repetition of the iconic form language."

Designed specifically for the restaurant at Celebra, a flagship building of the technological campus Zonamerica by Ott & Ponce de León, these chairs "intervene the same way the vertical garden grows organically up the wall in the open-roof basement" with "curved lines" that mimic the garden and adapt to the anatomy of the chair.

With contrasting colors and juxtapositions, "an example of Jean Nouvel's design signatures," this pairing "plays together in a feminine and masculine flow."

In the context of Jun Igarashi Architects' wood House M and "rectangle of light," this recreation is an example of how debris wood from earthquakes can be repurposed into furniture.

Embracing the notion of duality, Neri & Hu redesigned the Series 7 chair in the context of the renovated 1930s Waterhouse in Shanghai. By creating "an actual double," the "single chair" becomes a "community" of chairs that reminds us "we are never alone, but always together."

Likened to Snøhetta's Rauland Mountain Church, this re-envisioned chair shares a special connection with the outdoors; its shell can be freed from its legs and used on any sloping surface.

All seven chairs will be exhibited worldwide in a touring exhibition. 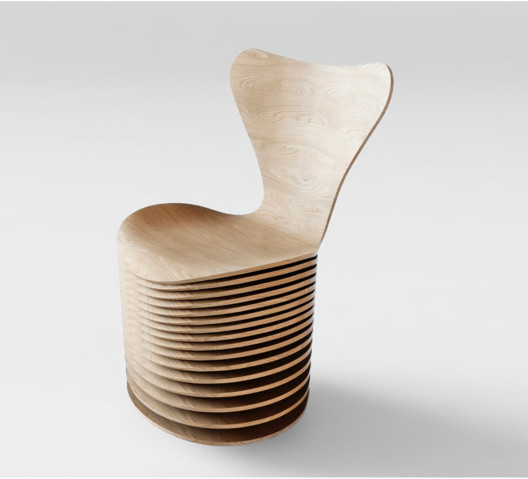