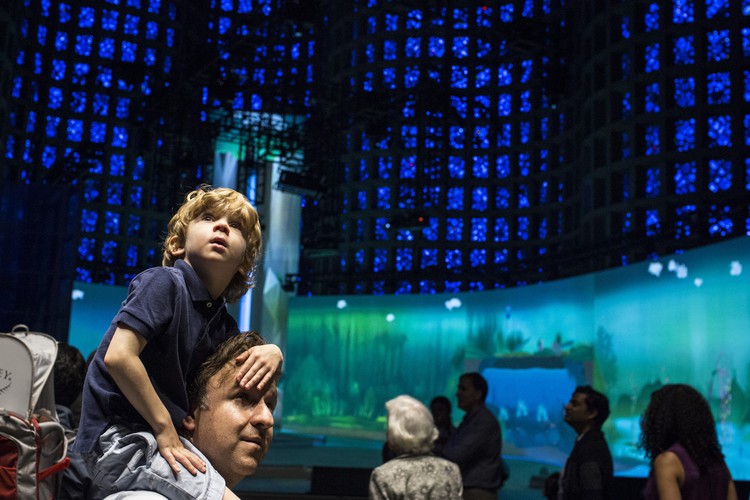 “Alan Friedman, Director of NYSCI from 1984-2006, told me that he wanted visitors to be inspired to learn, so I proceeded to create architecture that supported this mission. Along the way, I started thinking there was magic here—and I learned that NYSCI is a place that also demystifies the magic. It is an honor to be a part of the place where the magicians of science live,” says Todd Schliemann, head architect of the renovation.

The building has been expanded many times, including by Schliemann and Ennead in 2004, but its latest renovation, which began in 2009, is the most ambitious to date. Renovations included stabilization and repair of the exterior envelope; modernization and restoration of the interior of the Great Hall and Great Hall Lobby; and re-paving and improvements of the terrace outside of the Great Hall. Fifty new blue-dalle-verre glass panels were colour matched and installed by Willet Hauser Studios, the commissioned studio for the original 5400 panels constructed in 1964 – all of which were also cleaned by hand.

“Connected Worlds” is the first exhibition to open to celebrate the reopening of the Great Hall. The immersive exhibit explores the relationships and roles of everyone and everything on the planet, and is the first permanent exhibit at the New York Hall of Science since renovations began in 2009. 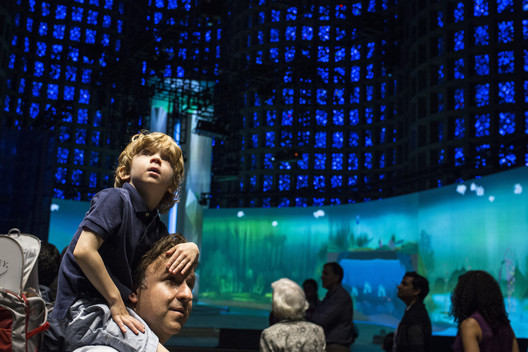