When thinking of metro stations, the word quiet generally doesn’t come to mind—with all of the train and pedestrian traffic, not only is noise produced in high quantities, but it is also echoed. With this issue in mind, London-based Variant Studio created their proposal for the competition to design the new Novoperedelkino station in Moscow, Russia. Although not selected as the winning design, Variant was one of five shortlisted teams. Learn more about their silent proposal after the break. 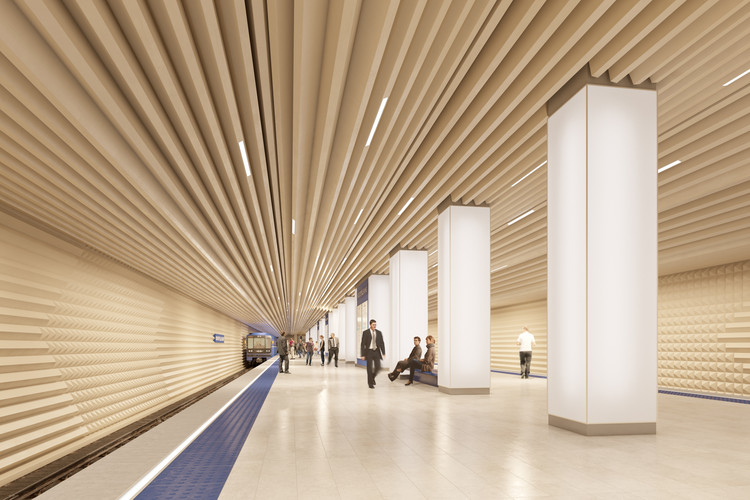 Through the use of three-dimensional panels in pyramid and prism shapes, the walls and ceilings of the station act as acoustic and sound absorbing elements, preventing sound waves from bouncing and creating echoes. Made from fire-safe porous ceramic, the panels not only absorb noise, but also compose a pattern of arrows to aid passenger navigation, pointing in the direction of platforms, exits, and train directions.

The entrance pavilions, as well as the space between the pavilions, follow the same design principles, with simplicity and sound-absorbing elements, including groomed bushes capable of absorbing 40 decibels of noise from nearby roads.

In line with the idea of simplicity, the station would be maintained using a car wash-inspired method, cleaning the walls of the platforms with incorporated brushes that remove train grease.

Learn more about the design here. 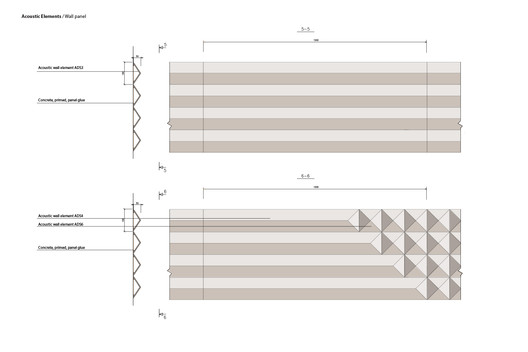 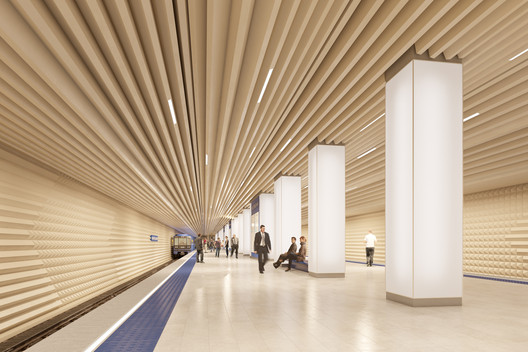