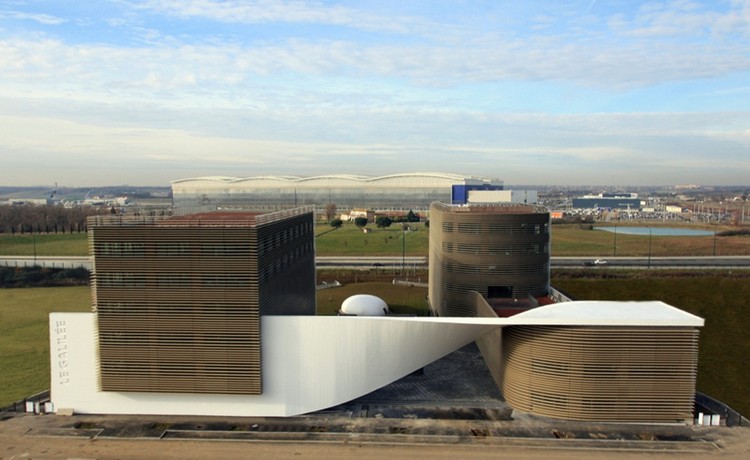 Text description provided by the architects. Galilée is one of the debut projects realized in the UDZ (Urban Development Zone) Andromède, in Blagnac, near Toulouse in France.

The particular urban details of this UDZ in Blagnac provided a unique climate for the development of a quality architectural project.

The aesthetic of Galilée results from a combination of an interpretation of these urban rules, the immediate aeronautical context, and from the environmental requirements given in the specifications of the UDZ.

The plan is centered on two distinct buildings which are connected by a long white concrete veil. The veil, the primary visual feature of the overall plan, blends vertical and horizontal motions as it slowly curves in a helical movement.

This veil achieves the double feature of insuring the continuity between each building while allowing one to discover the rear landscape in all its depth. Thus this long concrete helix, which recalls the aeronautical context of the site, both protects the building by marking the front of street as well as welcomes us by its inviting view.

Two covered buildings wrapped in special insulating material and canopies, modulated according to the illumination, confer on the operation the environmental characteristics HEQ. A unique formal style distinguishes and individualizes these buildings. Nevertheless, the coherence and balance of the whole is maintained by the homogenous treatment of the façades.

The difference of shape and the resemblance of materials make fraternal twins out of these two buildings, which works to maintain options for future users of the space. That is, the distinctions between the buildings would allow multiple tenants to maintain an air of individuality while at the same time the continuous architectural themes provide an appropriate environment for one single occupant.

A central square constitutes the central space, the place of privileged pedestrian access towards both halls. The square is slightly heightened to allow for a level of half-buried parking lots organized around a central garden with natural air circulation. A large white concrete form looking like a shingle offers space for bikes within the landscape.

The sun shade, a major element of the façades’ composition, bring the bright comfort crucial to the offices and open-spaces of the building. For fire access, on the side of the building, the sun shades become delicately blurred on certain windows, allowing openings for the appropriate safety officials. 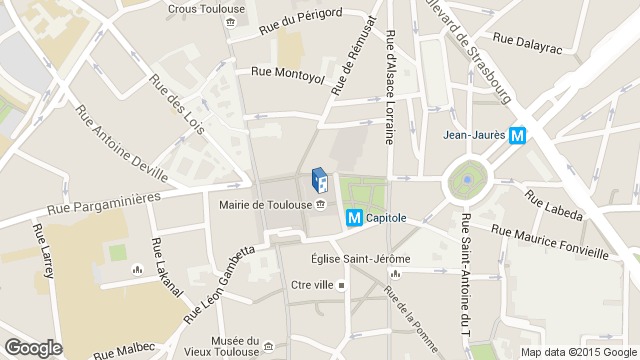 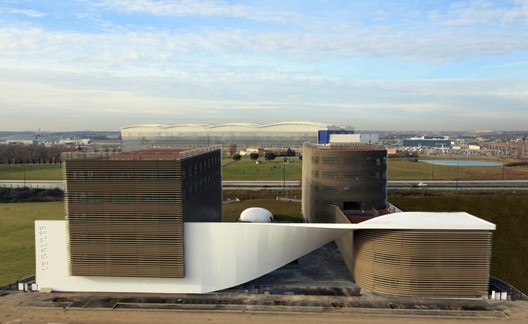